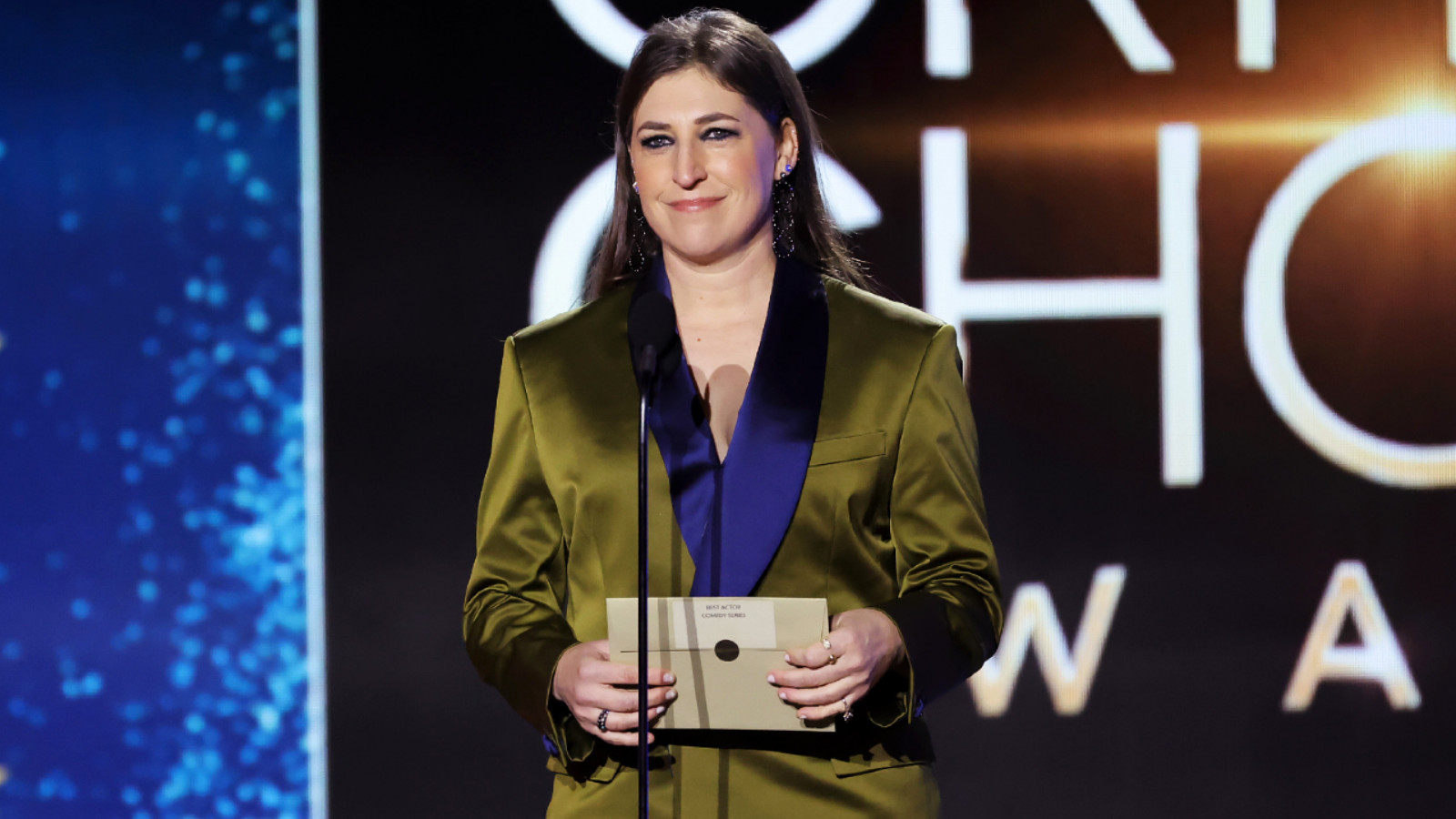 The ongoing saga of nailing down a new host of Jeopardy! has been going on for more than a year, after long-running host Alex died suddenly on Nov. 8, 2020, following a 20-month battle with stage IV pancreatic cancer. Currently, Mayim Bialik and Ken Jennings are sharing duties — but if Bialik has her way, the 46-year-old revealed, she would be thrilled to be installed as the permanent host.

While walking the red carpet at Sunday’s Critics Choice Awards, Bialik spoke with Lauren Zima from Entertainment Tonight. When asked if she would like to permanently host, she said:

“I would love that… I like to say, I’ve lived season to season, since I was about 13 years old,” she said. “So, what I know is I’m hosting until May 6, and beyond that, hopefully, I’ll know more before May 6.”

Should she get the job, the Call Me Kat star spoke about whether there would be a mark of her own that she would want to bring to the popular game show.

“I mean, I think being female is its own mark, you know, my grandparents were immigrants to this country, and, you know, escaped pogroms and World War II. So, for me, in two generations, to be in a position to be able to be a woman and a host in that iconic role is — it blows my mind.”

Bialik was also asked whether she had met Trebek’s family, as it would obviously be important for anyone who hosts the show to have their blessing.

“I got to meet them when we dedicated the stage and, you know, just feel so humbled around them,” she shared. “I want to only honor. You can’t match him, so there’s no need to try, but really do it continuously, and have their blessing and feel what they are doing is supporting that legacy.”

Bialik and Jennings temporarily took over the job after executive producer Mike Richards briefly took up the baton. However, Richards’ stint, which lasted just one week, was mired in controversy after The Ringer published a report exposing controversial and sexist remarks he had made on a former podcast, as well as the toxic work environment that he allegedly fostered during his time on The Price Is Right.

In the wake of Richards’ firing, Bialik opened up about the hosting job in an essay for Newsweek, writing that she would “give up her first child” for permanent hoping duties.

I feel very honored to have been given the responsibility and the opportunity to step up into this hosting position. It’s been as dreamy as it was for the two days that I guest hosted. I work very long days, but they fly by. We shoot five episodes a day and I get to meet fascinating people from all walks of life.

Of course, I am grateful and honored to carve out so much of my time on behalf of Jeopardy!, because I feel very connected to the show, the legacy, and everything that Alex and the team behind the scenes have built.

It probably sounds crazy, but you definitely feel Alex’s presence on that stage. As someone who didn’t necessarily grow up with the constant presence of Alex in my living room, I feel him everywhere on that stage and I get to work with people who for decades worked so closely with him and whom he called friends. That’s what feels really special.

“There will never be another Alex, on-camera or off,” Bialik added. “It’s important not to try and be him, because you can’t, but as I learn more about him, I see how much he made his life an act of devotion to humanity. That’s the legacy that I hold so dear as I go to work each day.”

Bialik and Jennings are currently scheduled to host the show through the end of July 2022, and it sounds safe to say Bialik is a frontrunner for the gig.