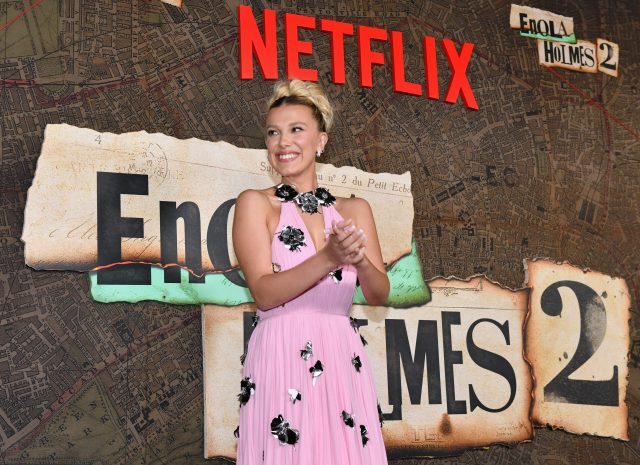 British actor Millie Bobby Brown reveals that keeping secrets isn’t her forte, which makes The Duffer Brothers reluctant to share details for the upcoming season of Stranger Things with her.

Speaking to Entertainment Tonight, Brown admitted that having loose lips keeps her firmly out of the loop of the closely guarded plans for the series’ hotly anticipated fifth season, explaining:

Brown first shot to fame in the breakout role of Eleven on the sci-fi drama that quickly became one of the most-watched shows in the streaming giant’s history. Today, the 18-year-old is currently Netflix’s brightest star. She’s currently starring as the younger sister of Sherlock Holmes in Enola Holmes 2, solving crimes opposite Henry Cavill.

Brown has an impressive catalog of upcoming film projects in development with Netflix that will see her dominating the small screen in the years to come. She will star opposite Chris Pratt in the Russo Brothers’ upcoming sci-fi movie, The Electric Slate.

In addition to Stranger Things‘ fifth season, Brown will also appear in Juan Carlos Fresnadillo’s upcoming film, Damsel, with Angela Bassett (Black Panther) and Robin Wright (House of Cards). Some of Brown’s projects include The Thing About Jellyfish and the thriller, Girls I’ve Been.

Enola Holmes 2 will premiere on Netflix on Nov. 4.