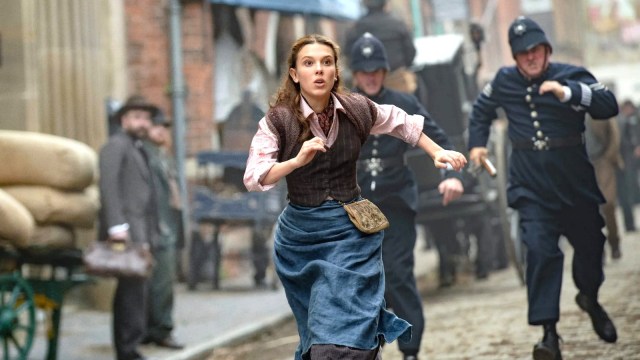 Millie Bobby Brown is easily one of the biggest stars under 20 in the industry right now. Since her breakout turn as Eleven in the first season of Stranger Things back in 2016, the British actress has battled interdimensional monsters, kicked kaiju butt in the Godzilla movies, and more. And yet Brown thinks that it’s her upcoming Netflix sequel, Enola Holmes 2, that might be the most important moment in her career to date.

With the streaming giant announcing the hotly anticipated movie’s release date this Thursday, Entertainment Weekly caught up with the actress, who previously played the titular Enola Holmes in the 2020 film of the same name. This time around, though, Brown is even more creatively involved as she served as producer, with EW noting that she had a say in all areas, from “story beats to costume design.”

For this reason, Brown believes this project is more significant to her than any she’s previously worked on. As she explained:

“It may be the most important moment in my career so far because it’s something that I developed. It’s rewarding. Obviously, it can be tiring, and when you look back on it, you’re like, ‘Gosh, I can’t believe I didn’t fall asleep.’ But there were so many things that I got to be a part of, and I was really grateful for that. My age and gender has never defined [my job], so everyone on set really respected me and heard me. It was such a nice environment to be able to experience.”

Enola Holmes 2 sees Brown reunite with the rest of the Holmes family from the first outing, including Henry Cavill as Sherlock, Sam Claflin as Mycroft, and Helena Bonham Carter as the trio’s mother, Eudoria. Louis Partridge is also back as Enola’s love interest, Viscount Tewkesbury.

EW‘s exclusive plot details confirm that Enola will be looking to follow in her famous older brother’s footsteps and open her own detective agency in olde London town in this sequel. Although, going by the promo images Netflix just dropped, this will only land the precocious teen in trouble with the police.