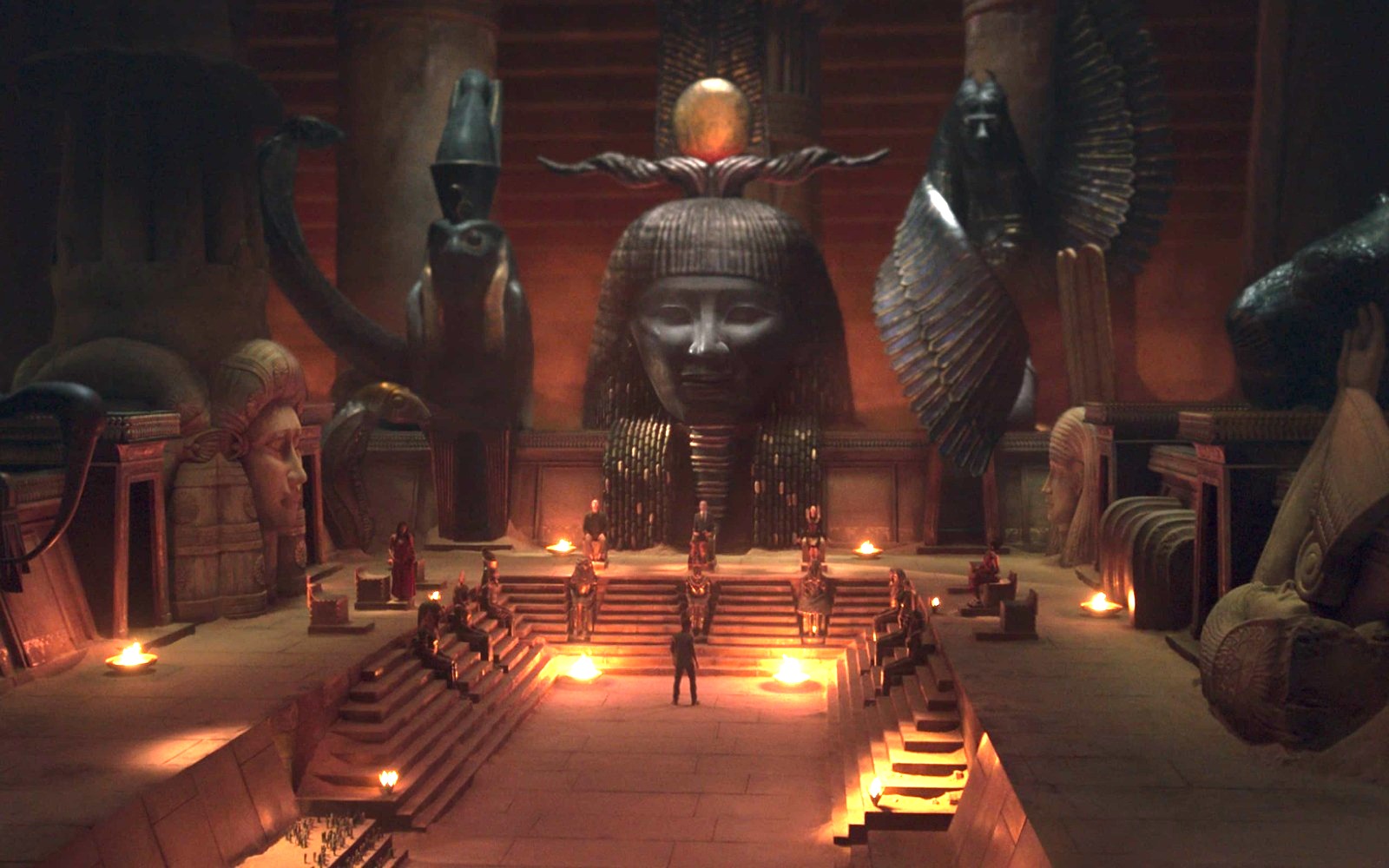 In an interview with Murphy’s Multiverse, Moon Knight production designer Stefania Cella delved into the process of bringing the show’s fantastical aesthetic to life while also honouring the historical roots that it’s based on.

First, the designer talked about the broader research process and the lengths to which they went to get it right.

I went to Egypt to educate myself about Egyptian culture. We had an Egyptologist with us helping us translate hieroglyphs. It’s a long process of research. All the references to the literature on Egyptian worship, that was through proper research. We are very historically correct in the way we approach hieroglyphs and we try to be respectful because it was a religion.

Then Celia got more specific, discussing a particular big moment in the show.

We married both fantastic and historic by being very proper on research but also taking creative liberties by imagining a fantastic chamber inside the Pyramid.

The chamber that Cella is referring to is the meeting place of the Ennead; a group of nine Egyptian deities that stand above the rest of the pantheon. In episode three of the Disney Plus series, Marc, Steven, and Khonshu are reluctantly granted an audience with the Ennead, hoping to get judgement casted upon antagonist Arthur Harrow for attempting to resurrect Ammit. Harrow manages to fib his way around the accusation, however, and the gods later punish Khonshu from the confines of their chamber when he aids Marc, Steven, and Layla in finding Ammit’s tomb.