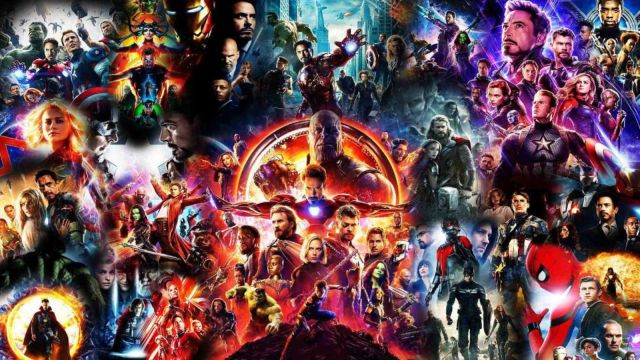 Ms. Marvel star Iman Vellani is revealing the Marvel Cinematic Universe is much more spontaneous than you would think.

Fans’ imaginations have never ceased wondering about what goes on behind the scenes at Marvel in terms of planning ever since Samuel L. Jackson as Nick Fury showed up at the end-credits scene of Iron Man to tell Robert Downey Jr.’s Tony Stark: “You’ve become part of a bigger universe. You just don’t know it yet.”

Four years later, fans were treated to what was then thought to be an impossibility: a cinematic Avengers film featuring a multitude of heroes occupying the screen at once. It’s enough to wonder: was a villain like Josh Brolin’s Thanos, who appeared as the main antagonist in 2018’s Avengers: Infinity War, actually planned from that first Iron Man movie ten years earlier?

If Vellani’s word is to be believed, a decade-long planning process like that isn’t actually how it works over at the studio behemoth that is owned by Disney.

“[T]hings are actually not planned 10 years in advance, there are many happy coincidences,” Vellani said during a Reddit Ask Me Anything on Thursday in response to the question of what was the most “unexpected element” when it comes to working with Marvel.

Looking back at how Phase Four has unfolded so far, it’s actually not that surprising that things aren’t totally planned out ten years in advance, when you really stop to think about it. Sure, the multiverse is a concept that has shown up in a multitude of Marvel movies and shows lately, but many times they have been shown in disparate, unconnected ways. For instance, it really seemed like the events surrounding the botched spell in Spider-Man: No Way Home would lead directly into Doctor Strange in the Multiverse of Madness, but both of those films turned out to be surprisingly self-contained narratives.

For now, we can enjoy the smaller-scale Marvel stories like Ms. Marvel, whose season one finale is now available on Disney Plus.