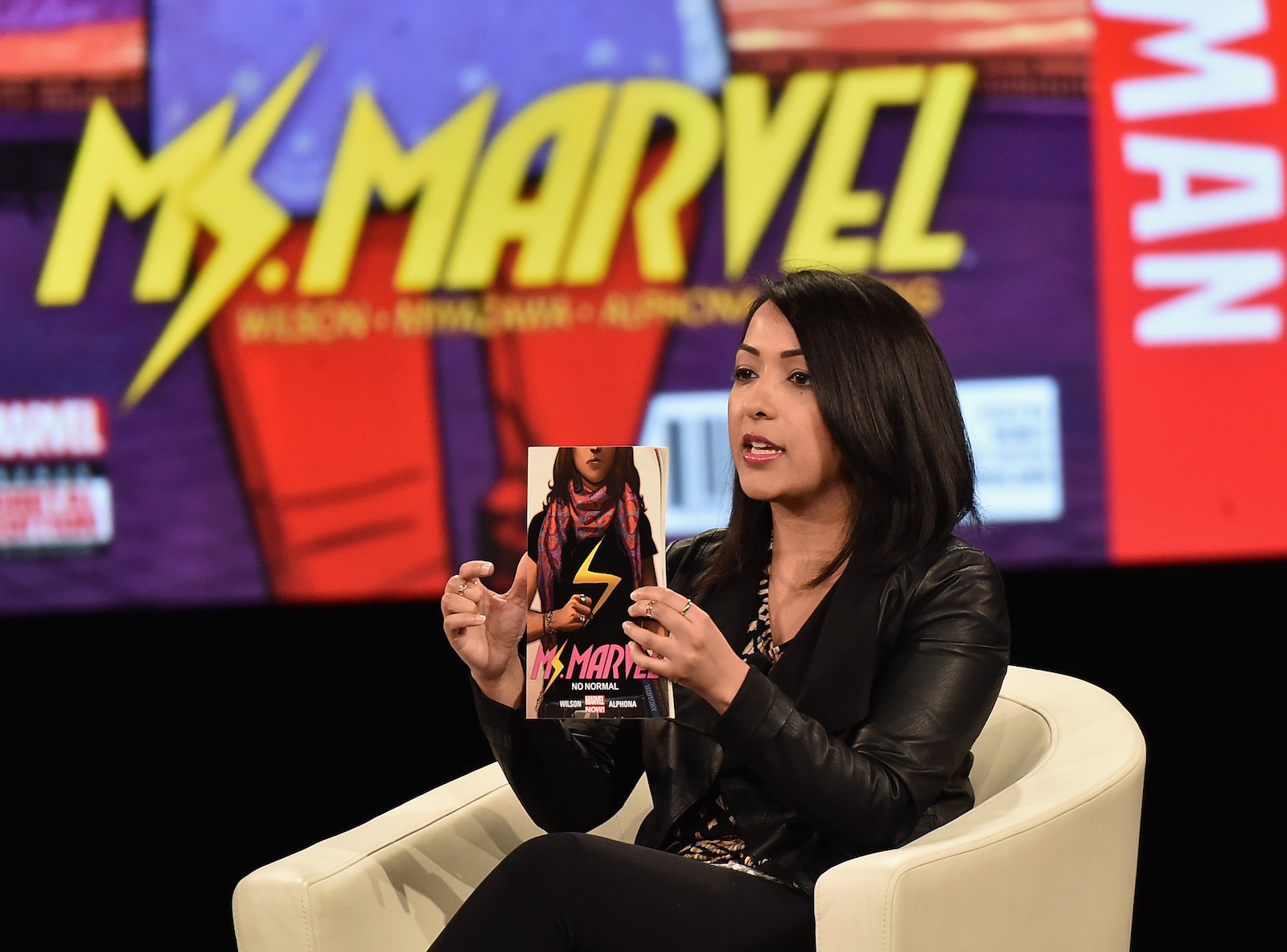 Ms. Marvel is only one episode in and it already looks well on its way to becoming a standout fave among all of Disney Plus’ MCU streaming series. Still, one of its biggest fans is a standout in her own right: Sana Amanat, current director of content and character development at Marvel comics, and one of Ms. Marvel‘s creators.

Seeing a character one co-created being made into television must be heady enough, but for Amanat, who has worked for years to advocate for dynamics in comics, seeing the incredibly diverse world of Ms. Marvel come to life on the screen must be emotional on an entirely different level. Amanat described her response to seeing one of the comic’s iconic moments being filmed in a recent interview with Screen Rant:

Although the lamppost scene hasn’t aired yet, fans can expect to see it soon as the next five episodes of Ms. Marvel air over the next weeks. Amanat isn’t alone in her admiration of the scene. It’s already become a big part of the material used to promote the series.

New episodes of Ms. Marvel will air on Wednesdays on Disney Plus through July 13.