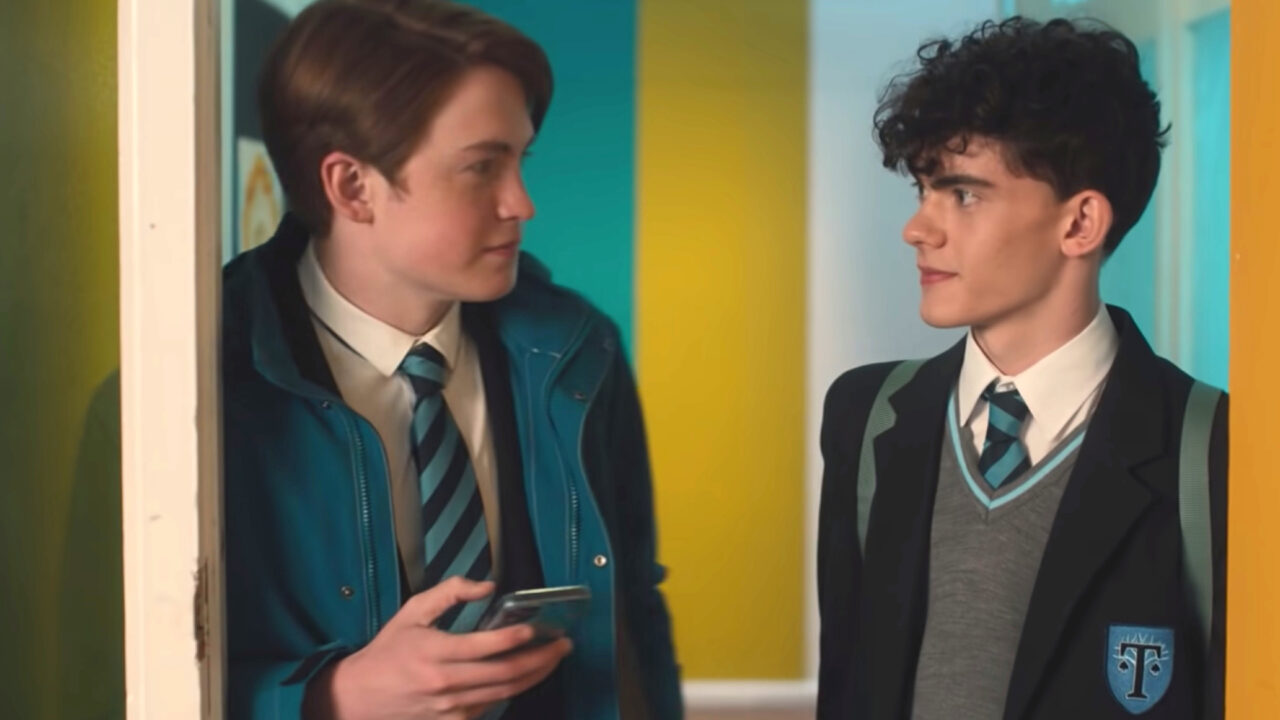 Netflix’s hit LGBTQ+ romance drama series, Heartstopper, has been officially renewed for not just one, but two more seasons. The live-action reimagining of Alice Oseman’s best-selling graphic novel touched many hearts with its captivating story about two teenage boys who meet, become friends and eventually fall in love. Originally published in 2016 as a webcomic, Oseman’s coming-of-age gained a substantial following, which led to her self-publishing physical copies after launching a Kickstarter campaign. Oseman’s Heartstopper has released four volumes thus far and is currently awaiting its fifth and final volume, scheduled for release on Feb. 2, 2023.

In January last year, Netflix greenlit a live-action adaptation of the series, which would follow Nick Nelson and Charlie Spring, two high school students who meet unexpectedly and develop romantic feelings for one another. Netflix’s Heartstopper premiered on April 22, with Alice Oseman penning the screenplay herself and Euros Lyn at the directorial helm. Starring Joe Locke as Charlie Spring, a gay schoolboy, and Kit Connor as Nick Nelson, the schoolboy and classmate with whom Charlie falls in love, Heartstopper explores the struggles of navigating school life, self-acceptance, sexuality and coming out. Produced by See-Saw Films, the next two seasons sees author and illustrator Alice Oseman return as lead writer.

Alice Oseman has uploaded a video of herself drawing Charlie and Nick (rather adorably) sharing a cheek kiss and writing “2 more seasons!” underneath it. Oseman captioned the video, “SEASONS 2 AND 3. I’d better get to work… ✌️🍂”

If the upcoming seasons are — in any way — based on the individual graphic novel volumes, which presumably they will be, then Charlie and Nick (as an established couple) will navigate their relationship challenges and problems whilst visiting Paris on a school trip. In Volume 4, expected to tie in with seasons two and three of the Netflix series, Nick prepares to come out as bisexual to his father and Charlie struggles with an eating disorder. From then on, everything is a mystery, since Oseman has yet to write the self-published version of the graphic novel ending.

In the Twitter upload, Netflix has sent a heartwarming message, inviting all those who fell in love with Nick and Charlie, felt connected to the series or felt represented for the first time on-screen to continue supporting the development of Heartstopper. As yet, there has been no official release date announced, but once Oseman gets to work on the screenplays, expect an announcement by the end of the year at the latest.