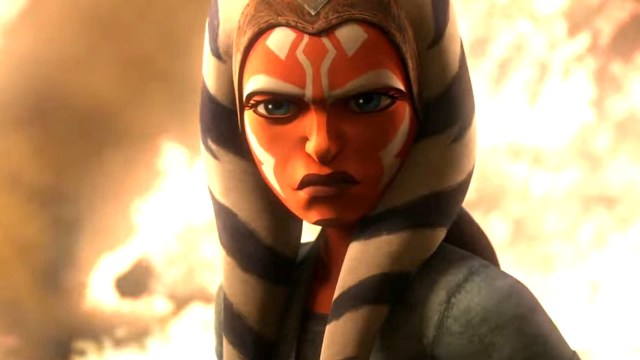 Tales of the Jedi is the next installment in the Dave Filoni-verse of animated Star Wars shows that will make its debut tomorrow on Disney Plus. To celebrate the occasion, the Mouse House has just released another teaser that asks fans to “be prepared for anything.”

With Star Wars: The Bad Batch centering around the titular Clone Force 99 and their exploits after the fall of the Galactic Republic, it almost felt as though the series suffered from a discernible lack of mysticism in terms of Jedi and Sith fighting it out as they always have in the history of the galaxy far, far away.

Tales of the Jedi, a six-part limited series premiering in full tomorrow, will soon amend that by taking us back in time to the Clone Wars era, featuring the return of Anakin Skywalker, Ahsoka Tano, and even younger versions of Mace Windu and Count Dooku, before he turned to the Dark Side. Now, the latest promo clip is teasing fans that anything could happen in Tales of the Jedi, so go in expecting a fully fleshed-out Filoni adventure.

Since the second season of The Bad Batch won’t be premiering for a few months yet, this limited series will serve as the perfect bridge to both quench our thirst for more animated Star Wars and give us even more adventures with some of our favorite Clone Wars characters.

In fact, I think it’d be safe to say that as far as the fandom is concerned, having Matt Lanter and Ashley Eckstein back as Anakin and Ahsoka for a single extra minute is almost worth every hassle.

All six episodes of Tales of the Jedi will become available for streaming tomorrow on Disney Plus.