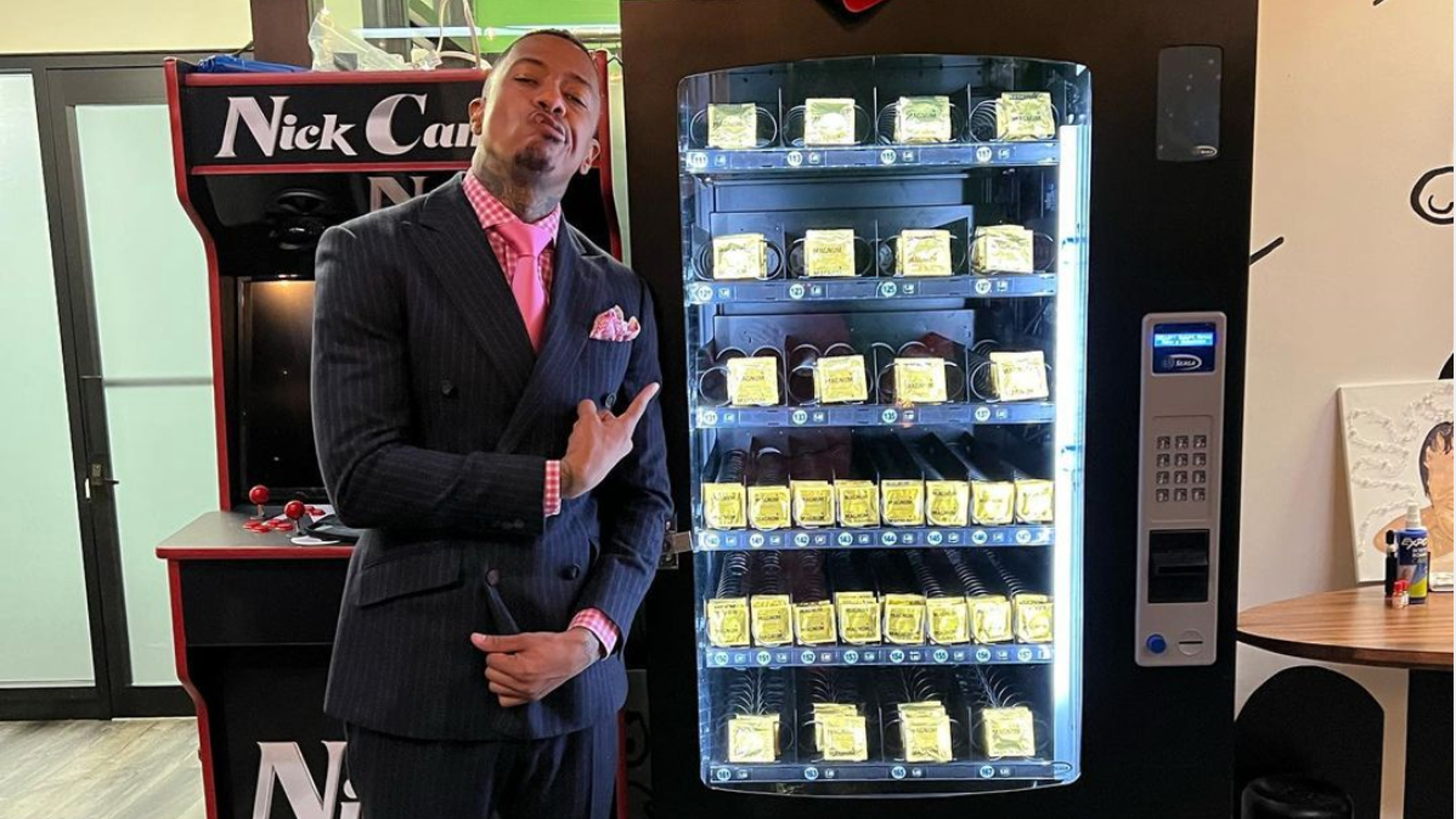 Nick Cannon’s streak of baby-making may be coming to an end if he’s willing to take a hint.

The 41-year-old television host received a very necessary Valentine’s gift just weeks after announcing that he is expecting his eighth child with his fifth baby mama. Since it appears that condoms are in short supply in the Cannon household, one of the former Nickelodeon star’s friends gifted Cannon a condom vending machine for the holiday.

Cannon displayed his amusing gift via an Instagram post. He shared an image of himself posing next to the vending machine — complete with a massive red bow — on Feb. 7. The post’s caption notes that “somebody just sent me an early Valentine’s Day gift,” before attempting to sing his own praises with a claim that the vending machine is full of “Magnums.”

Cannon’s skill at procreation has been the topic of many memes and scathing headlines over the last several years, particularly following his immensely (re)productive 2021. Between 2020 and 2021 alone, Cannon became the father of four new children from three different women. His skill in reproduction even prompted Cannon’s therapist to urge a respite, beseeching the Masked Singer host to attempt celibacy near the end of 2021.

Within a month of discussing his planned celibacy, Cannon was announcing yet another child, this time with model Breana Tiesi.

News that Cannon was expecting yet another child with yet another woman lit the internet ablaze as people rushed to mock the 41-year-old for his apparent refusal to consider protection. His friends were apparently on the same wavelength, considering their very on-the-nose gift.

In the comment section for Cannon’s Instagram post, people quickly submitted their best guesses for which of Cannon’s friends had sent the gift. A few people considered one of his many baby mamas as an option, but the most popular possibility was Kevin Hart.

Numerous people named Hart as the most likely to have sent the gift and lauded the comedian for his timely offering in the comment section. However, Hart and Cannon have a history of exchanging pranks, and commenters are absolutely convinced that the vending machine is Hart’s latest jab.

Many of the comments below Cannon’s post take time to poke fun at his incredible skill at procreation. Several people agreed that the sender, whether it be Hart or someone else, “should’ve sent this 6 dependents ago.”

“At your rate you need a vasectomy,” another person quipped. Many of the comments on the post attempt to explain how a condom is used, considering Cannon’s apparent unfamiliarity with them. Quite a few people joked that the vending machine would go entirely unused, given Cannon’s clear avoidance of any sort of protection.

Hart confirmed that he was behind the extremely necessary gift in an Instagram post of his own, sharing the image of Cannon next to the vending machine with a caption proclaiming that Cannon doesn’t have any more excuses “because the condoms are free.”