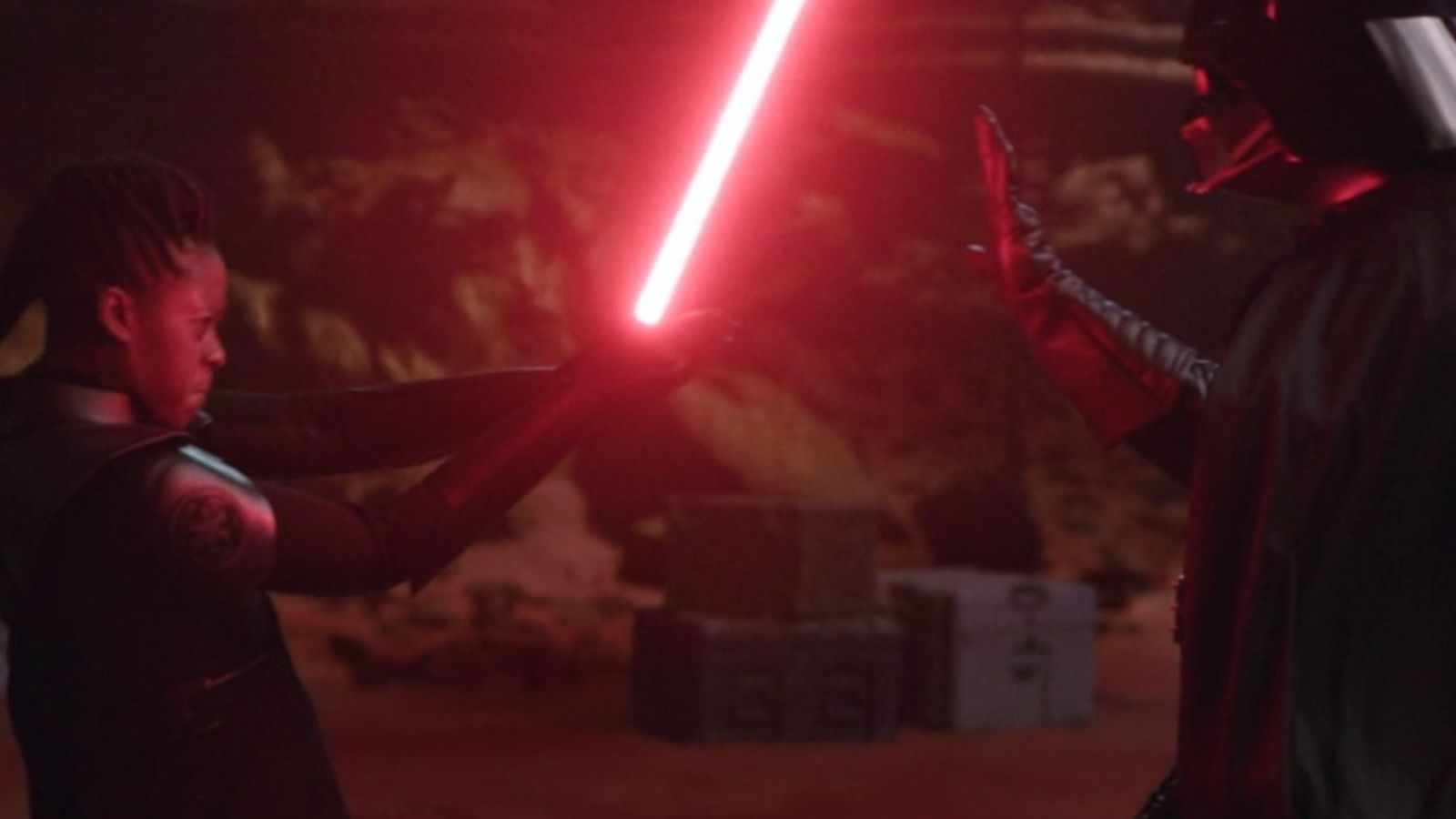 Music in film is very important as it set the mood of what we’re about to see on screen. So what happens if you decide to change the music? Well, one Star Wars fan decided to give it a go as they changed the background music in one of the lightsaber battles in the recent Disney Plus series Obi-Wan Kenobi to something funkier.

TikTok user swnkp uploaded a video where they replaced the background music of the lightsaber due between Reva and Darth Vader in episode 5. The video featured the viral TikTok mashup of ABBA’s “Gimme! Gimme! Gimme!” with “Boogie Wonderland” by Earth, Wind, & Fire. The change of music led to interesting results as it was no longer a fight scene. It was a dance-off between the two most powerful members of the Empire.

For those who still haven’t seen the Disney Plus series, Reva attempted to kill Darth Vader as she was there the night Anakin slaughtered the Jedi younglings. This led to a lightsaber duel between the two as Obi-Wan attempted to escape.

Fans were impressed with the choreography and how it synced well with the music, even if it wasn’t the original sound in the scene. Fans also agreed that the change of music helped emphasised the two lightsaber duelists’ skills even more, compared to the version on the streaming service.

Fans applauded @swnkp for the amazing editing job they did as the song fits so well, with some even agreeing that this should have been used in the show.

The Star Wars franchise is known for its iconic lightsaber battles, all accompanied by amazing backing tracks to set the scene. So kudos to @swnkp for bringing disco into the Star Wars universe.

All episodes of Obi-Wan Kenobi are available to be streamed on Disney Plus.