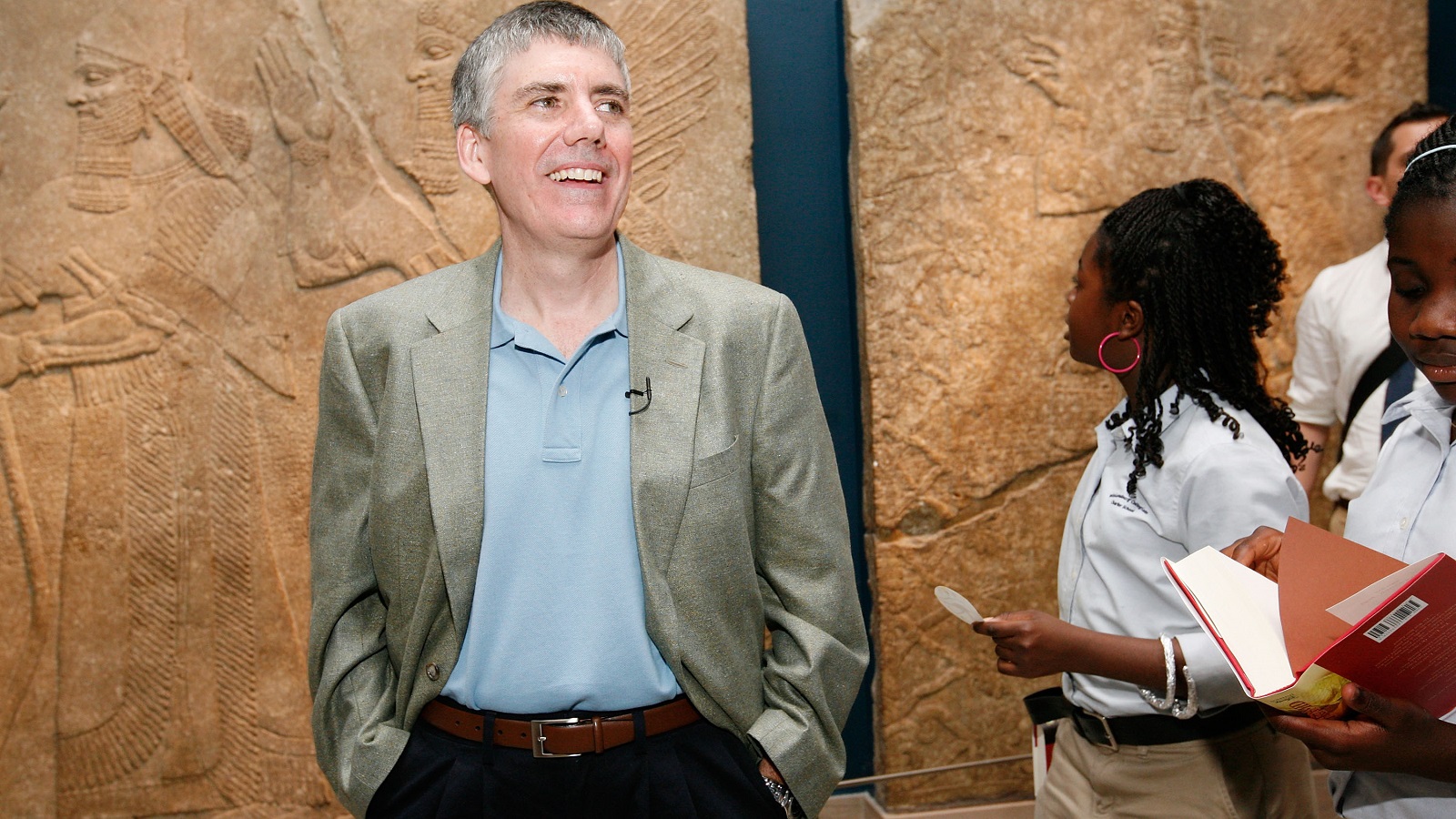 Filming for the new Disney Plus series Percy Jackson and the Olympians is underway, and fans will be happy to hear that this time Rick Riordan and his wife Becky are overseeing the production, taking fans along for the ride as he chronicles the experience step by step on his blog.

Riordan’s novels have already received an onscreen adaptation in the form of The Lightning Thief and Sea of Monsters, which were not overly well received by fans. Riordan himself expressed his distaste towards the movies, and with Disney Plus giving it another shot, the writer ensured he has a lot more control this time around.

The writer, now also a producer, has written about the first week of filming on his blog, where he has been generously giving fans updates over the last year. Riordan discusses what he can (so no obvious spoilers allowed), and is already excited by the footage they have so far, stating “the raw footage is amazing, even before any editing.”

Though he cannot give us anything “juicy” Riordan discusses the sheer scale of the production, which is reportedly getting a similar budget to that of WandaVision. He reports, “in the last seven days, we’ve cycled through three different sets, and we’ll be heading to a different one tomorrow.”

Throughout the blog Riordan compliments the actors, especially the three young stars, declaring “these actors are true professionals — especially our main trio of kids! Oh, I wish you could see them working together, bringing these scenes to life,” before emphatically adding, “but all in due time.” The roles of Percy Jackson, Grover, and Annabeth Chase are played by Walker Scobell (The Adam Project), Aryan Simhadri (Cheaper by the Dozen), and Leah Sava (Empire) respectively.

So far, Riordan appears to be blown away by the whole project, and gives an update about his continued involvement with the script writing, as “scripts are changed all the time.” However, the writer is most impressed when the actors just go from the gut, writing, “sometimes the best takes are the ones that were totally improvised. It’s fascinating.”

Riordan teases fans regarding the action scenes, as he gushes, “The most eye-popping scenes are the ones with stunts, where stunt doubles will be interchanged with the actual actors to do impossible feats of derring-do. I will let you imagine what those might be in episodes one and two, which we are filming now.” He makes sure to give credit to all involved, saying “a big thank you from the Riordans to all the hardworking people on Team Percy!”

For many fans, knowing that the original writer is on board and has so much input may alleviate fears that this show could turn into another disappointing onscreen representation of their favorite story. The proof will be in the pudding though, and seen as filming has only just started and the release date looks to be over a year away, fans will have to wait and see.