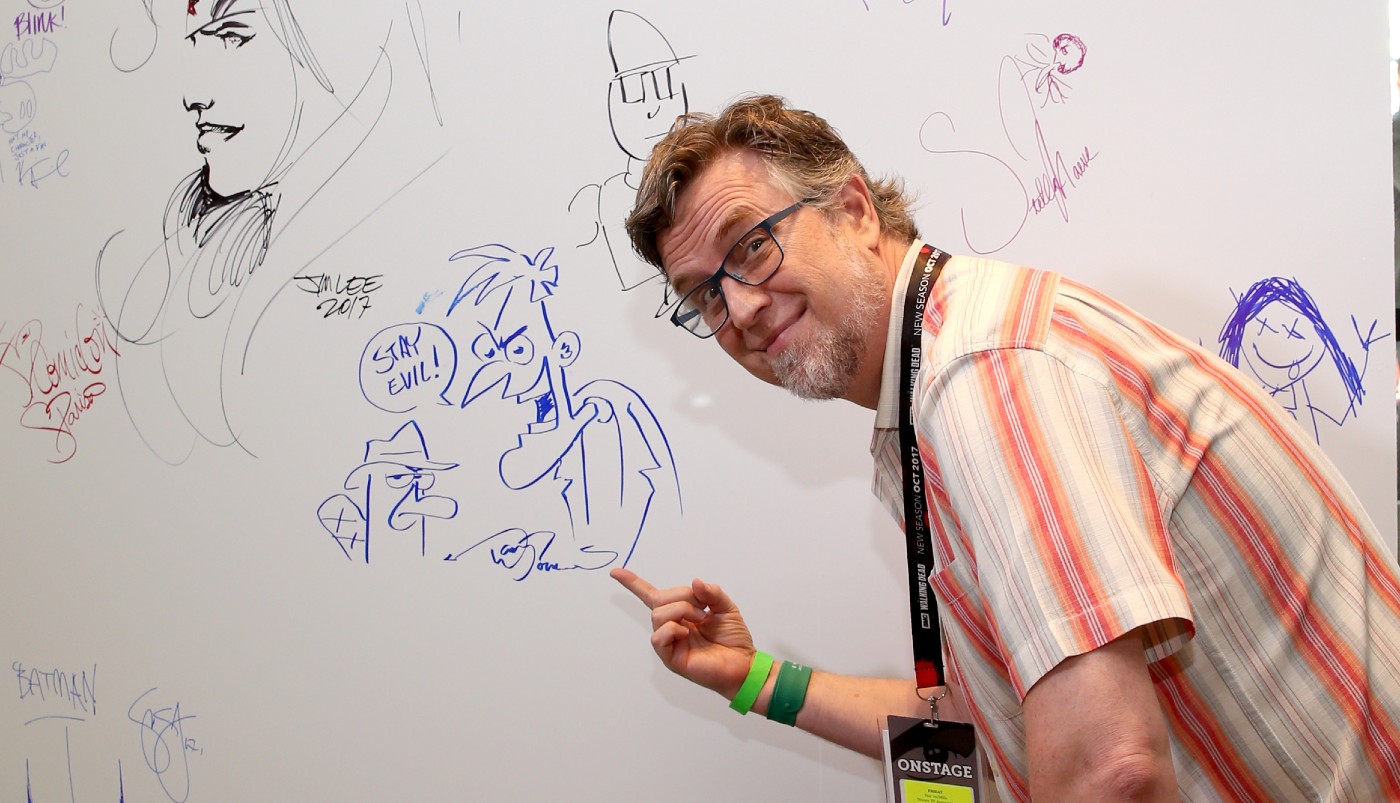 Phineas and Ferb creator Dan Povenmire, who also designed the fan-favorite Perry the platypus, has documented his encounter of meeting a real-life platypus during the weekend.

Povenmire recorded his excitement for this trip on TikTok, starting from the car ride to the platypus enclosure at San Diego Zoo Safari Park. Povenmire was seen wearing his lab coat in the zoo as he sat right next to the platypus. He shared on TikTok that he had to make it there early as platypuses are nocturnal and have to follow the Australian night cycle. This means that the enclosure is dimly lit to simulate the Australian night sky while the zoo operates in the day just so the platypus can come out.

After his platypus encounter, Povenmire met a few fans who were in the area. Some even admitted to him that they had spent their time looking through the park for him.

Povenmire shared his excitement during his announcement last week that he was going to San Diego Zoo Safari Park. He even recounted the story of how during the creation of Phineas and Ferb, Disney wanted to see a real-life platypus.

“So when we were making Phineas, Disney looked into whether or not there were any zoos that we could go to and see an actual platypus. And at the time, there were none outside of Australia or Tasmania.”

Povenmire has also shared his fascination with platypuses on TikTok in the past. He once mentioned that when he first designed Perry the platypus, he colored him green ‘because it looked cool.’ But to his surprise, he later discovered that platypuses have the ability to turn green.

Dan Povenmire created Phineas and Ferb which was released in 2007 and ran for four seasons before concluding in 2015. The show had 2 spin-off films, the latest being Candace Against The Universe, which was released in 2020. Asides from creating the show, Povenmire voiced the show’s antagonist, Dr. Heinz Doofenshmirtz, an inventor whose goal is to take over the tri-state area.