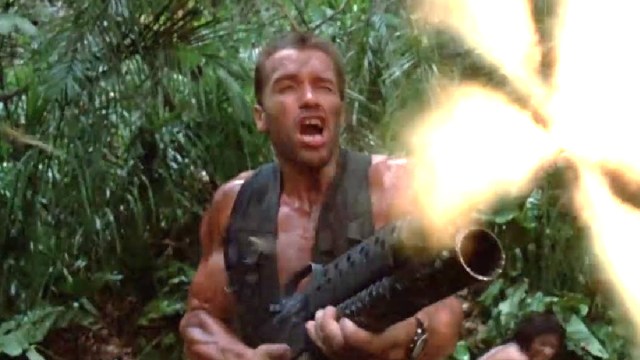 John McTiernan’s action classic Predator, and Arnold Schwarzenegger’s performance in it, have become so iconic that every subsequent entry in the franchise has felt obligated to reference it in one way or another. However, Dan Trachtenberg’s Prey is set hundreds of years in the past, so it’s not something the filmmaker has been beholden to.

This Friday brings the debut of the period-set sci-fi horror on Hulu, and the early buzz has hinted that we could be looking at the best movie revolving around the intergalactic trophy hunters since 1987. Don’t go in expecting nod, winks, callbacks, and Easter Eggs to Dutch and his band of soldiers being trapped in the jungle, though, even if Trachtenberg admitted to Digital Spy that he came close.

“There were lots of jokes on set about maybe we call a horse Chopper or the fur trappers say let’s go chop… I think that would have been a little too far. Frankly, there was no Easter egg – maybe except for one in particular – that we had the preconceived notion of trying to jam it in.

We really were embracing the lore that was present and telling a story that is somewhat similar to the story of the original film in its structure. That led us through encountering little obvious moments where Easter Eggs would arise. There was never any moment where we were like, ‘We’ve got to put this in the movie’. I think that can hamper the intention.”

As much as we’re going to lament the missed opportunity to hear “GET TO THE CHOPPAH!” one more time in a Predator flick, it’s not as if the lo-fi tale of a Comanche warrior taking on a cosmic terror needs it to succeed.