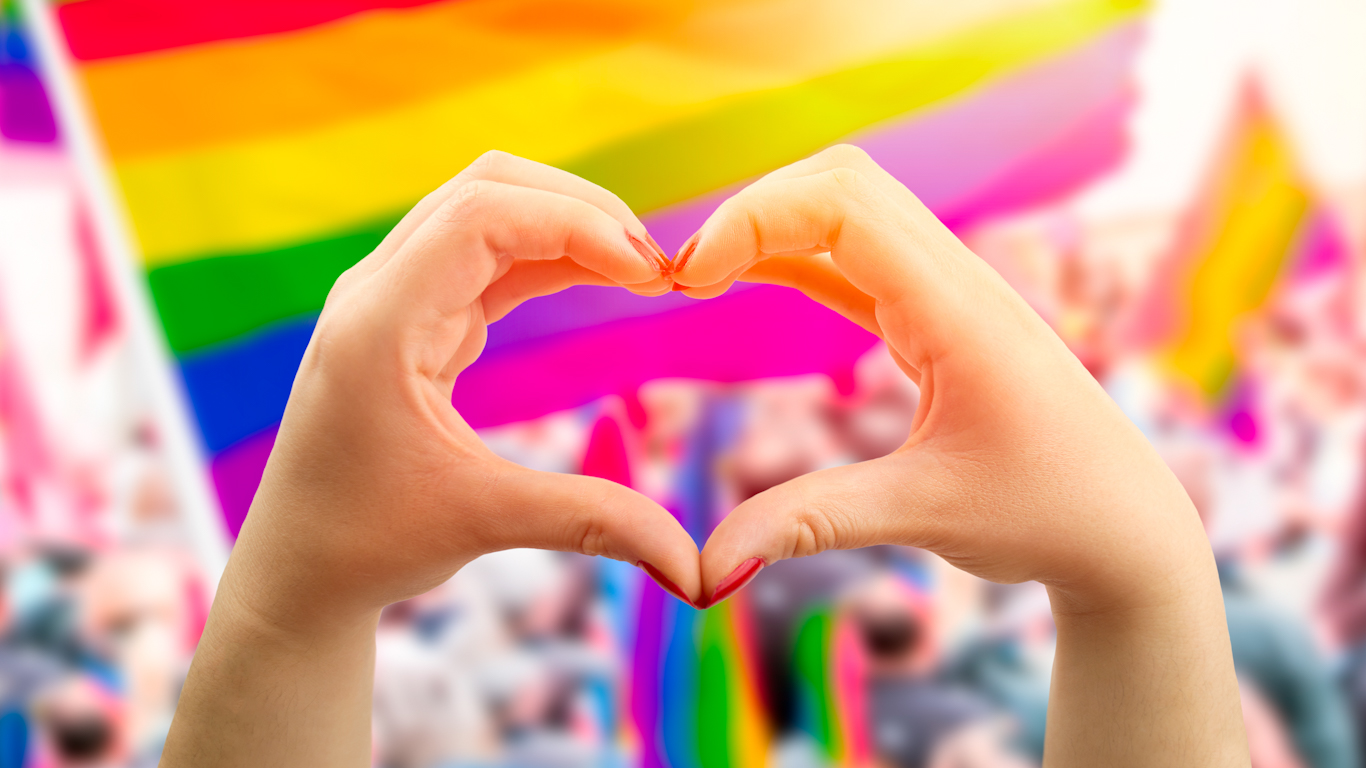 June brings us Pride, a month-long celebration of, and chance for visibility for, the LGBTQ community. Often, one of the toughest experiences for a young person who is in any way queer-identifying is coming out to their parents. According to a Connecticut government handout for teens on coming out, the most common stages of reaction for parents is, “shock, denial, guilt, expression of feelings, personal decision-making, true acceptance.”

And that’s why a heartwarming TikTok video made by a Massachusetts teen has gone viral, with 17 year-old Robbie Deaderick sharing a “Pride” rainbow cake their mother, Jen Deaderick, bought them, announcing herself in the moment as an “Ally.”

When WeGotThisCovered reached Jen Deaderick to ask what it was like to be TikTok famous as an ally, she said, “I’ve got all these kids who want me to adopt them, and I say no, my apartment’s super small.”

She then added, “It feels like a lot of pressure, I don’t feel like I’m always perfect, but I like my kid. I’m surprised Star Market (her local Boston supermarket) has a pride cake, because back in my day Star Market did not have Pride cake. I lived through the AIDS crisis when coming out was more terrifying.”

Jen Deaderick is no stranger to progressive causes, being the author of the recent She the People, a feminist history book for children. And TikTok has been celebrating and amplifying her allyship, with over half a million “likes” and nearly 2.5 million views since the video dropped.

Deaderick isn’t just a good influence for her own kid; user “t.rexi_bravo” just had to dance because Jen’s gesture influenced their own mother to “buy her bi kid a Pride cake…” and saying “ally” when she handed it to her.

Reaction videos have been unilaterally positive, with user “lesbian_counselor” reminding us, “Y’all, even the little things matter!”

And “ines.one” was so tickled, she got the giggles:

Coming out got a little sweeter, with a loving mom who is a role model to us all.