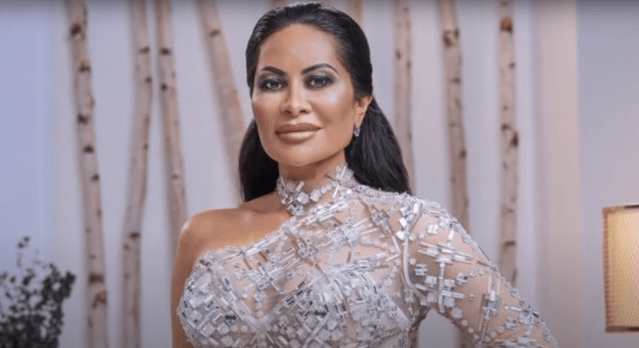 Jen Shah has pled guilty to one charge of conspiracy to commit wire fraud in connection with telemarketing one week before her federal money laundering trial was scheduled to begin. The Real Housewives of Salt Lake City star had previously pled not guilty to conspiracy to commit money laundering and wire fraud when she was charged in March of last year.

Shah appeared before US District Judge Sidney Stein today at 10:30 a.m. in Manhattan federal court where she changed her plea. Stein then dropped the additional charge of conspiracy to commit money laundering. Stein advised Shah she faced a maximum penalty of 30 years in prison, but that the terms of her plea agreement would have her serve 11 to 14 years and provide for restitution of up to $9.5 million.

Shah had strenuously denied the charges against her up to this point. As per the terms of her agreement, Shah admitted to the court that she had committed “Wire fraud, offering services with little to no value. We used interstate telephones and emails. I knew many of the purchasers were over the age of 55. I am so sorry,” according to transcriptions tweeted by Matthew Russell Lee of Inner City Press. When asked by the judge if she was aware that her behavior was wrong and illegal, Shah answered “Yes, Your Honor.”

Shah is alleged to have defrauded hundreds of individuals, specifically targeting those over 55, out of money for worthless services and investments via a national telemarketing scheme. Her arrest in March was captured during the filming of Season 2 of The Real Housewives of Salt Lake City. It is not known at this point if Shah will return for Season 3.

Shah’s sentencing is scheduled for November.