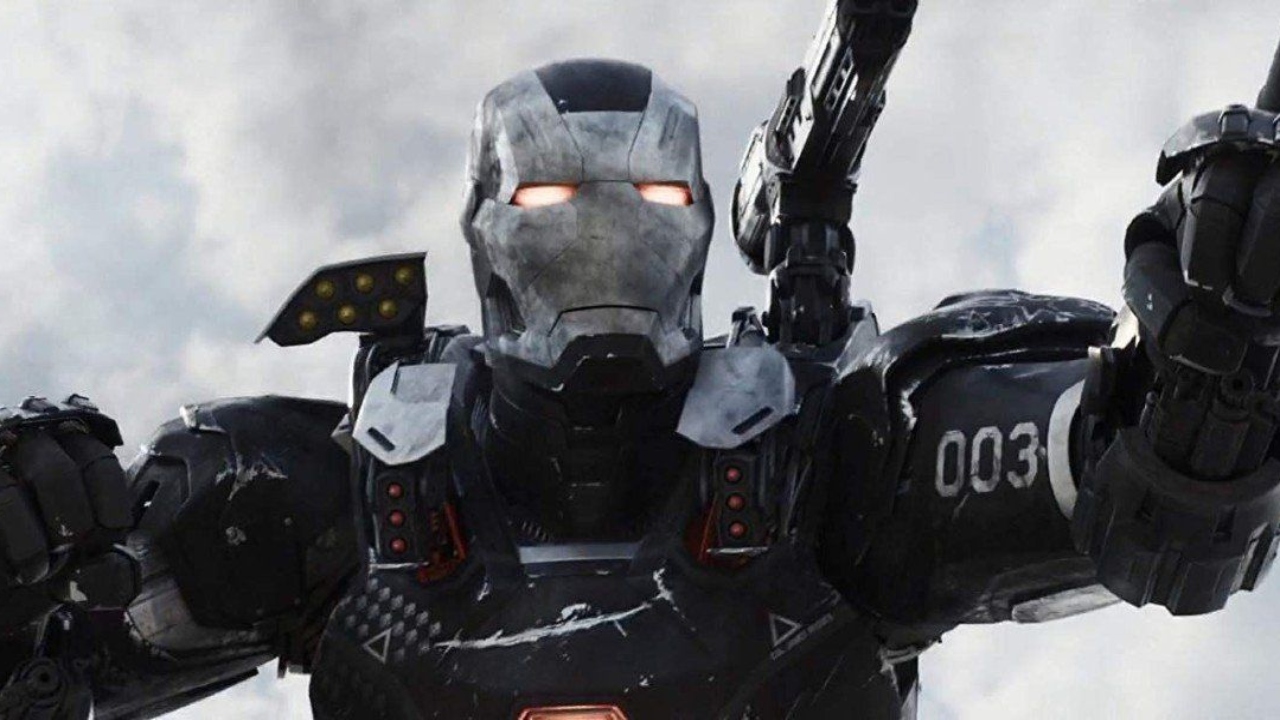 One of the more iconic scenes in any Marvel movie is the final battle in Iron Man 2. The climactic showdown saw Iron Man and his good buddy James “Rhodey” Rhodes in his classic War Machine armor surrounded by a bunch of Iron Man drones controlled by the film’s big baddie, Whiplash.

During the brawl, War Machine splits a robot in half using his suit’s arm cannon. To be honest, it’s a memorable scene that showed just how cool War Machine could be. Fans are now saying that’s about as good as it got when it came to the character.

Check out that battle scene below.

Over on the subreddit r/Marvelstudios, user YoitsBlackIce posited that things may never be that exciting for War Machine again, and others agreed with that sentiment.

User -W1L3y shared that there’s probably only one way to return War Machine to his former glory.

“Only if Marvel brings back Genndy Tartakovsky to choreograph more fight scenes.”

Others, like MaterTolkien, brought up the fact that War Machine was pivotal in the big Wakanda battle in Black Panther as well.

“Yeah, it easily forgotten that War Machine was doing the heavy lifting in that battle in Wakanda until he got dropped by that hammer weapon. He was absolutely shredding enemies by the dozens.”

User joemiken pointed out that despite getting a cool suit upgrade, War Machine didn’t do much in Endgame.

“His bombing run was the last cool thing he’s done. He got the cool suit upgrade in Endgame (which happened our of nowhere and was never explained) but I can’t recall him doing anything with it.”

It is tough to think about the wasted potential, as user GuilRosmer pointed out in the post.

“In all seriousness, it feels like we’ve barely seen anything from him in a long time now. Even when he has shown up in the more recent things, his roles were always fairly minor.

“I hope Armor Wars actually gives him some kind of character arc. Cause the last major thing to happen him would be his injury in Civil War. He’s been present sense then, but hasn’t really done anything uniquely James Rhodes/War Machine outside of some one-liners and dialog.

“He was present in Infinity War/End Game, but so were about 30 other characters. He hasn’t had anything to progress his own story in a long time now.”

There was also the fact that he was on the side of the government in Captain America: Civil War, as pointed out by user BatoftheFuture.

I kinda feel like Civil War/Infinity War kinda missed an opportunity to do a story about him learning that blindly following the government isn’t always the right thing to do. They should’ve given him the Spider-Man role from the comics and had him switch sides to Team Cap.

No one put it more succinctly than user stateofbrine:

“So basically it’s all been downhill since his introduction.”

While there are several gripes, the primary complaint is that War Machine was underutilized, and many fans agree that War Machine is a top-tier character who needs a larger role. Here’s hoping that Phase 5 will allow for that happen.