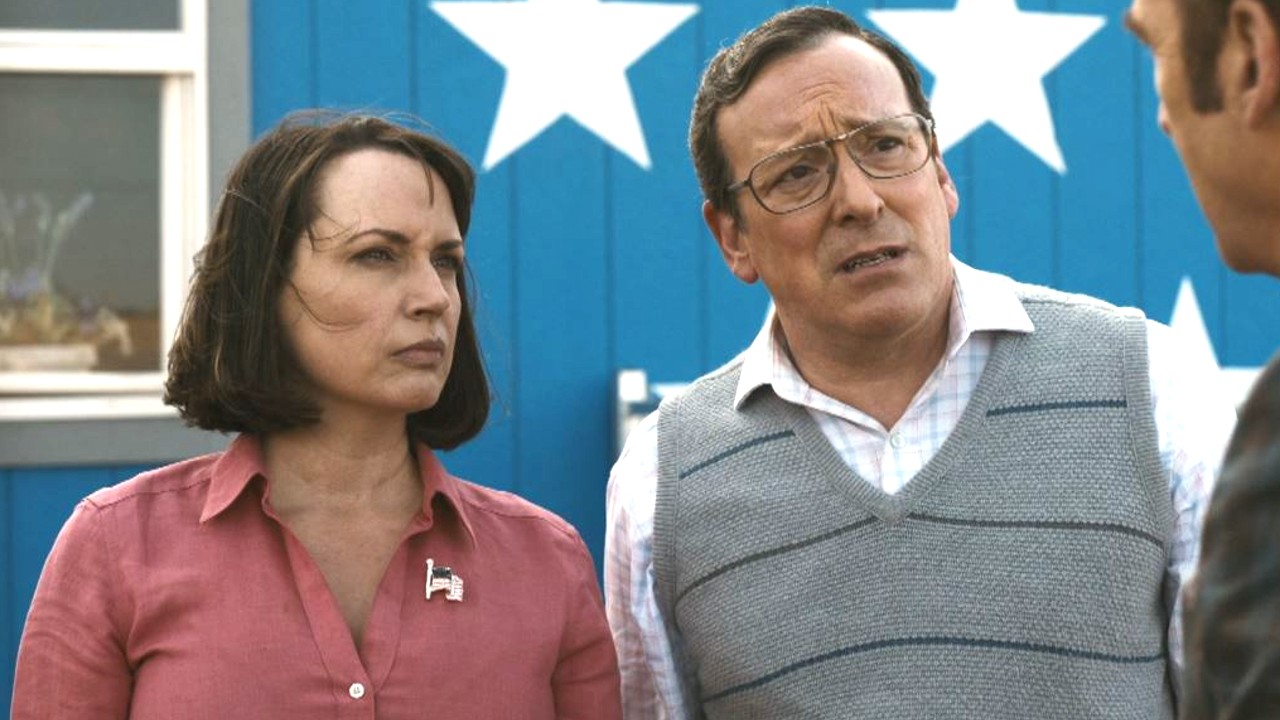 Now that Julie Ann Emery has returned as Betsy Kettleman in the latest season of Better Call Saul, the actor is expressing what a pleasant surprise it was to reappear as the character.

Betsy, alongside her malleable husband, Jeremy Shamos’ Craig Kettleman, are the white-collar criminals whose embezzlement scheme ultimately brought them legal consequences in the first season. After Craig serves hard time for the $1.6 million scam, the couple has re-emerged in season six as tax preparers who are now skimming off the top of their unwitting customers’ refunds.

As Emery explained in a recent interview with The Hollywood Reporter, she assumed she was done with Betsy about three or four times over the years. After the characters concluded their arc in season one, they did not return in the main show until now, but did appear in a one-off short film adjacent to season three, No Picnic.

When Jeremy Shamos and I finished season one’s [episode seven] ‘Bingo,’ we, as the Kettlemans, gave kettle corn to the crew, and I thought that was our goodbye. And then the lovely No Picnic happened. Ariel [Levine] and Jenn [Carroll] are wildly talented, and Jenn, who’s producing now, was the on-set producer for episode two of season six. She’s fantastic.

Emery said after they shot season six episode two, a year ago, she assumed that would be the last time she and Shamos would be playing their respective characters for the show. However, they ended up coming back for another web special, American Greed, in which the Kettlemans are interviewed in a documentary-style exposé about the titular James McGill (Bob Odenkirk).

[W]e thought we had said goodbye to the Kettlemans once season six wrapped, but suddenly, Vince had an idea for a Better Call Saul–Breaking Bad crossover on American Greed.

It’s worth noting that American Greed is a real documentary show on CNBC, making the immersion of the fictional world all the more convincing.

You can catch new episodes of Better Call Saul’s final season each Monday on AMC.