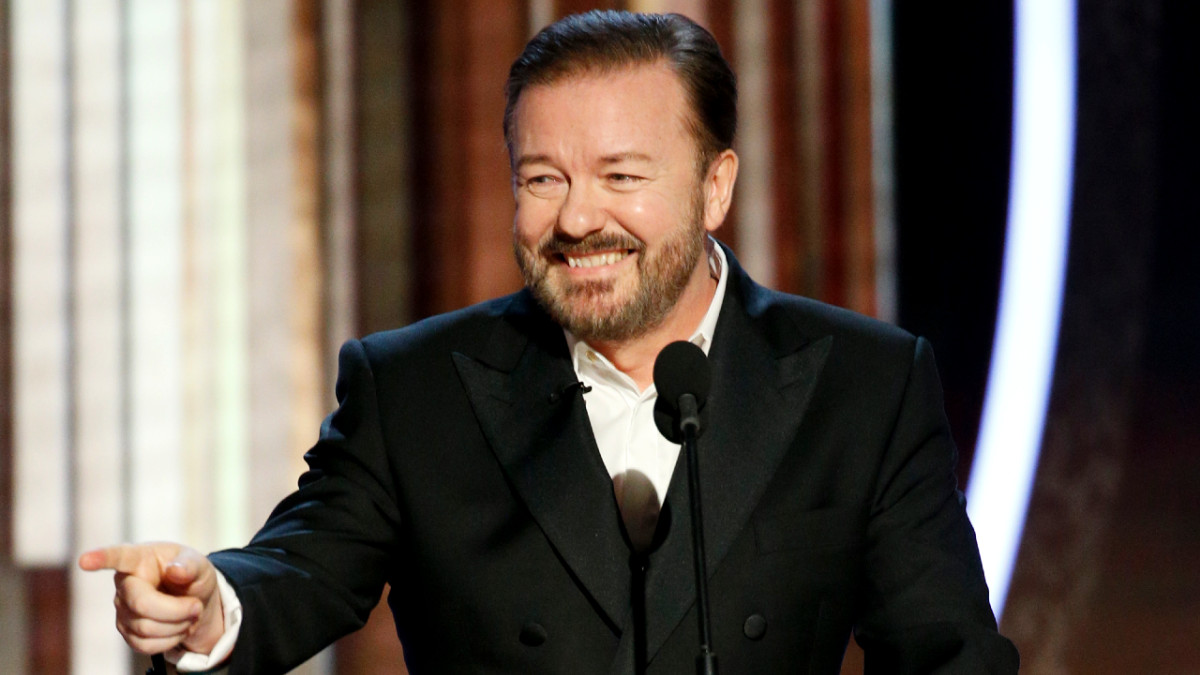 With all we hear about “cancel culture,” in the comedy world, it’s rare that comedians are ever truly held accountable for their problematic jokes or actions — as evidenced by the fact that Dave Chappelle and Louis C.K. continue to sell out venues and rack up awards. So perhaps this is why Ricky Gervais feels comfortable enough to brag about how he’s going to attempt to actually get himself canceled with an upcoming standup special.

Though Gervais has gotten some blowback over the years, it’s mostly due to his transphobic remarks, not jokes. But in general, the 60-year-old seems to delight in being labeled a controversial comedian, even though that so-called “controversy” has gotten him hired to host the Golde Globes on five separate occasions to date.

“One thing I’ve decided to definitely do, and can’t wait to start on, is my new standup show, which is going to be called Armageddon,” Gervais recently told Heat magazine via the UK Express.

“I’m treating it like it’s my last one ever. It won’t be, but I want to put everything into it. I want to try and get canceled. No, I just want to go all-out there,” he continued. “It’s about the end of the world and how we’re going to destroy ourselves for lots of reasons, whether it’s media stupidity or the actual end of the world.”

When asked in a recent WSJ Magazine interview whether he thinks any subjects shouldn’t be joked about, Gervais gave a wholly predictable response:

“No. There’s no subject you shouldn’t joke about. It depends on the joke. As a journalist, there’s nothing you wouldn’t write about. It depends on your angle, right? I think a lot of this pious offense comes from people mistaking the target of the joke with the subject. You can joke about anything, but it depends on what the actual target is. If you use irony and people see that at face value and think you’re saying one thing but you’re actually saying the opposite.

Even the critical thinkers, if it’s a subject that’s personal to them, they can’t see the wood for the trees, they can’t see objectively. People laugh at 19 of the terrible subjects I joke about, but not the 20th because that affects them.”

At any rate, Gervais’ new material sounds like it should be an easy win for people who enjoyed Adam McKay’s Don’t Look Up but just didn’t think it was quite ham-fisted enough.

It’s unclear if Gervais has a home for his standup special yet, but we probably can’t rule out Netflix, where the third and final season of his comedy-drama After Life just premiered earlier this month. Netflix, of course, continues to stream Chappelle’s specials despite the vocal backlash.

But while his new material almost certainly won’t get Gervias canceled, he has become the butt of jokes from more talented, creative comedians over his more unfortunate material.

Last year, British comedian James Acaster went viral after a clip from his standup special, Cold Lasagne Hate Myself 1999, began making the rounds in which he called out Gervais during a bit about transphobic comedians.

“I used to name one of the comedians that was about in that routine, but it always got really awkward in the room,” Acaster says in the clip. “Because, apparently, it’s 2019, most people are still more than happy to laugh about transgender people. Not as comfortable, laughing at Ricky Gervais yet, I’ve discovered.”