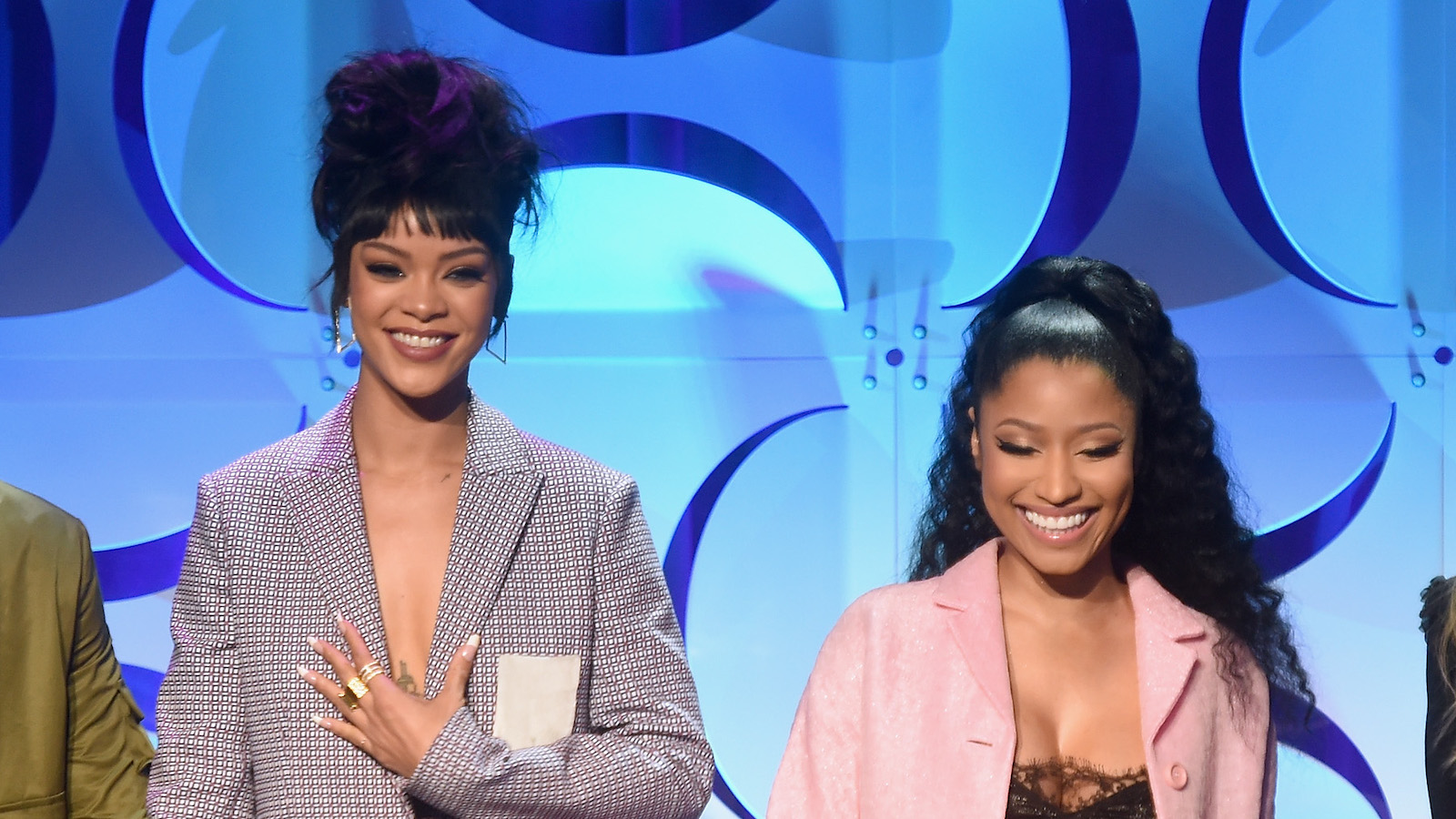 Rihanna fans everywhere are going nuts over the revelation that the “Needed Me” singer is now expecting a child with boyfriend A$AP Rocky.

While reactions over the news have run the gamut of emotions on social media, fellow Caribbean-born chart-topping artist Nicki Minaj expressed nothing but love, respect, and congratulations to the singer.

“🙏🏾💞 so happy for you mama 🎀👑 conquered the world already. Given so much. Nothing left to prove,” the Trinidadian-born Minaj wrote in a curiously now-deleted Instagram post, where she shared a picture of Rihanna’s baby-bump. “[Y]ou deserve your own little gift now. Different level of joy that money can’t buy.”

Minaj’s congratulations to Rihanna and A$AP Rocky can now be seen in her Instagram story.

The Canadian-born Certified Lover Boy artist has had a number of musical collaborations with Rihanna, as well as the pair seeming to have an off-again / on-again connection over the years. While Rihanna has never publicly confirmed Drake was ever her exclusive boyfriend per se, the Degrassi: The Next Generation star has repeatedly expressed extremely warm public sentiments about the Barbados-born singer, even when they weren’t together.

“@drake baby look at me look at me just deep breaths just in AND out,” one social media user wrote.

Another compared the rapper’s morning to Euphoria‘s Cassie being put through the wringer this season.

Another Rihanna fan jokingly wondered whether the news would somehow advance the science behind whether it’s safe to “consume marijuana” while pregnant (disclaimer: it isn’t) since the Fenty Beauty CEO is a notorious lover of the plant.

Many Rihanna fans are still dying for the artist to release new music since her last album, Anti, was released way back in 2016. Though one social media user was sad on the one hand at the pregnancy news, interpreting it as perhaps one more sign that new music won’t be released from the artist for some time, they also expressed joy that RiRi “looks so pretty and happy.”

And some are just plain jealous of the unborn baby.

Back in November, Rihanna accepted a National Hero award from Barbados Prime Minister Mia Motley, where rumors first sparked from fans that there may have been a bun in the oven due to a tight-fitting gown that seemed to reveal a tiny bump, though the singer denied it at the time.

However, the news of Rihanna and A$AP RoRocky’soon-to-be baby was confirmed Monday, when celebrity photographer Miles Diggs Instagrammed her now much more prominent baby bump with the caption, “SHE IS!”