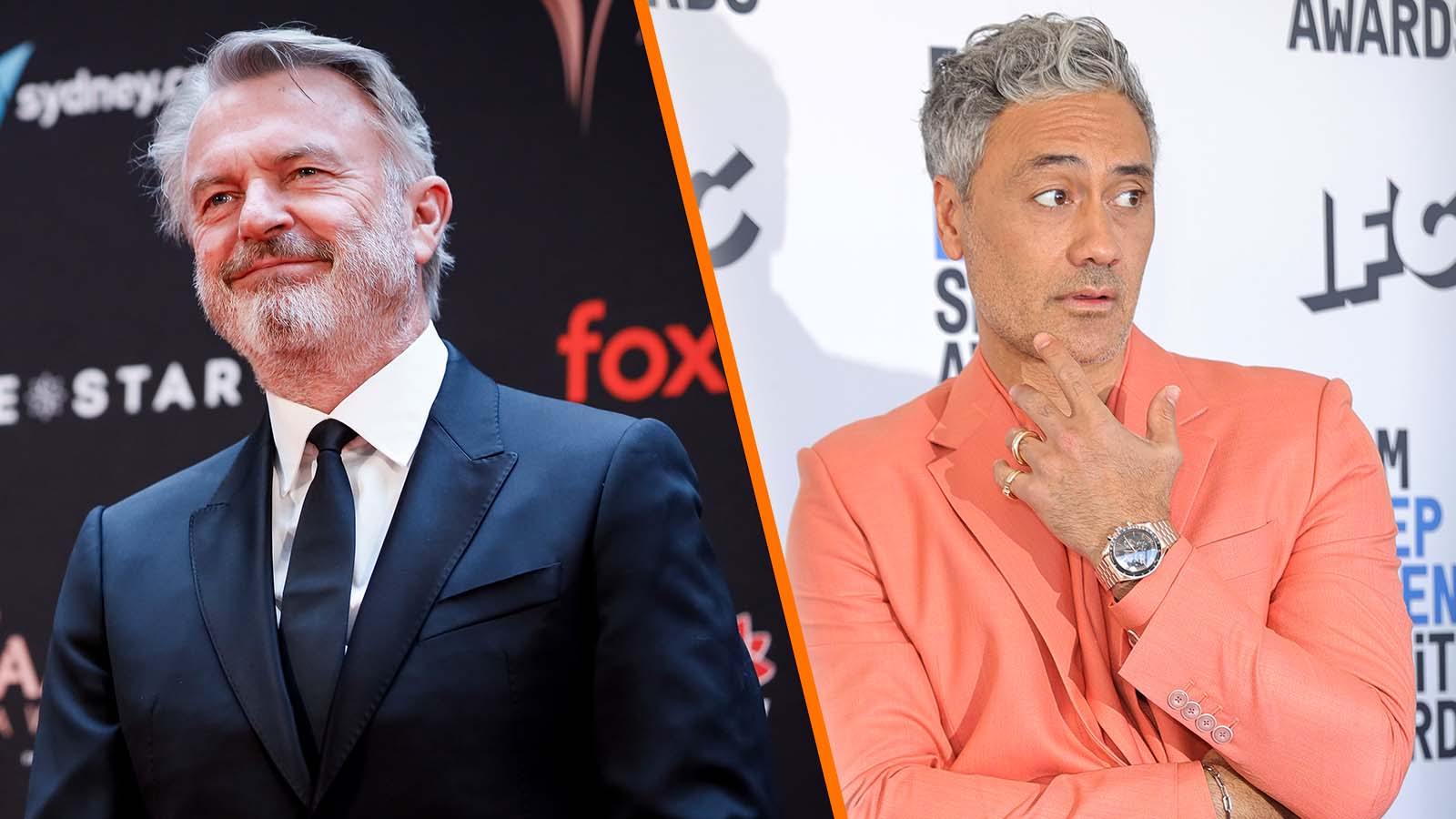 Actor Sam Neill is submitting video evidence of director Taika Waititi stealing grapes from his vineyard, and no, that’s not some weird euphemism.

Jurassic Park actor Neill literally posted a video on Twitter of What We Do in the Shadows star Waititi lowering grapes into his mouth like a Roman hedonist.

“The day @TaikaWaititi stole my grapes. Made the mistake of filming his own crimes,” Neill captioned the video. He added, “Rookie Error” to provide additional commentary.

“Sam, you’re not even here. And maybe you don’t know that I came here, but broke in with my kids and we’re eating all your f**king grapes, bro,” Waititi flexes as the chattering of children could be heard in the background.

One of Waititi’s kids hilariously retches at the taste of the pinot noir grapes at one point.

Later on in the video, Waititi interacts with a pig named Angelica and explains Neill once also had a pig named Taika, but he died.

Both Waititi and Neill find their homes in New Zealand, where Neill’s Two Paddocks wine company — that he owns and operates — is located.

Neill has never been far from our thoughts ever since he was launched into household name recognition by starring as Dr. Alan Grant in 1993’s Jurassic Park. The In the Mouth of Madness actor has had steady work as a thespian ever since then, but he arguably underwent a career renaissance in the 2010s by starring in a main role in the critically acclaimed TV show Peaky Blinders and by starring in the much loved, Waititi-directed film, Hunt for the Wilderpeople, in 2016. Wilderpeople represents the highest-grossing New Zealand film of all time, according to New Zealand Film Commission.

You can catch Neill reprising his role as Alan Grant in the forthcoming Jurassic World Dominion, on June 10. He will also make a cameo appearance in the Waititi-directed Thor: Love and Thunder, on July 8, reprising his role as an in-universe actor portraying Odin, as first seen in 2017’s Thor: Ragnarok.