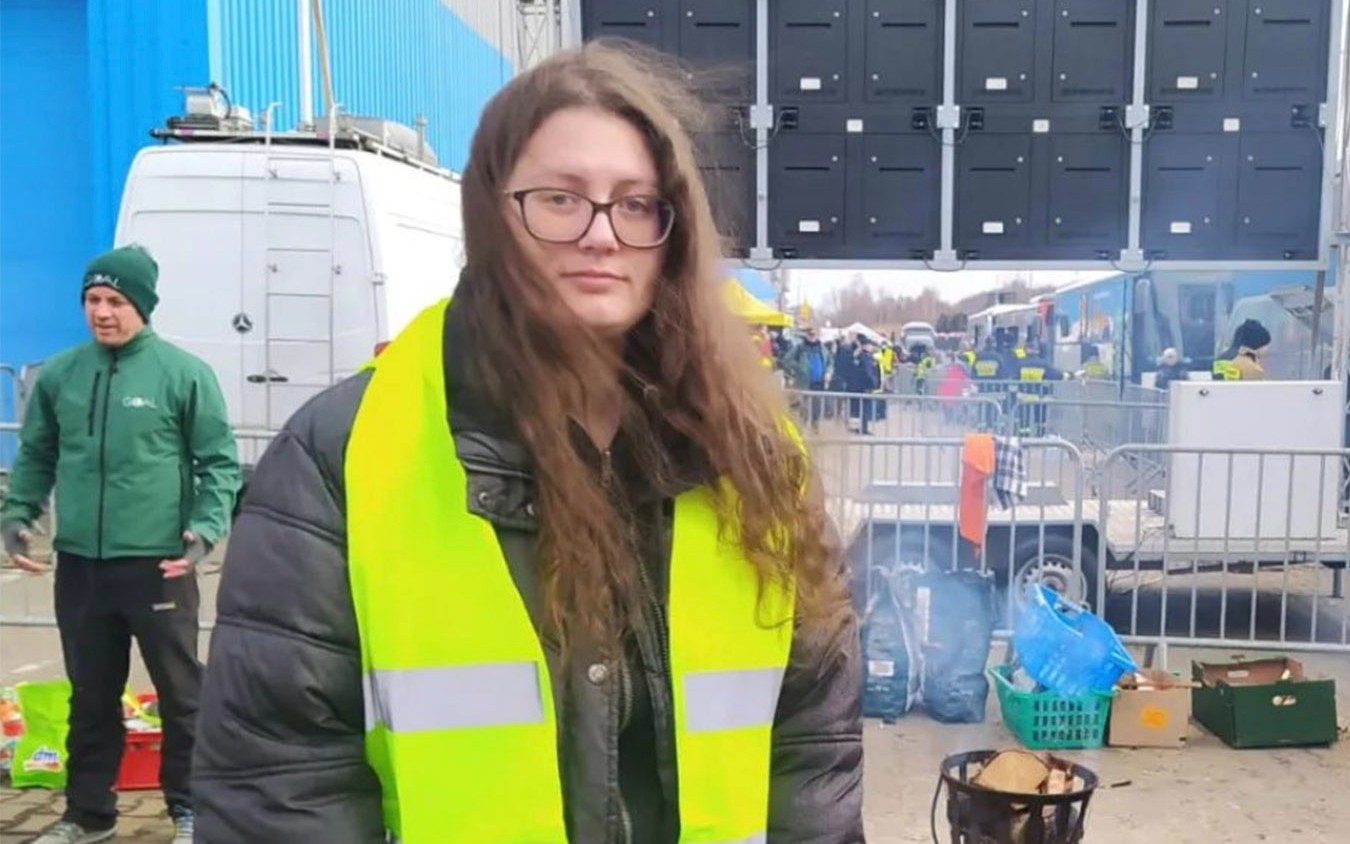 Oliwia Dabrowska made her first iconic appearance in the 1993 Steven Spielberg Oscar-winning Schindler’s List when she was three years old as the “girl in the red coat” who was regarded as a ray of hope amidst the horrors of the Holocaust the film depicts. And Dabrowska has ensured that her status as a beacon of light in a war-torn country was not just limited to a critically lauded film.

Now, at age 32, she’s in Poland and busy providing aid for Ukrainian refugees who are affected by the Russian invasion. On March 9, Dabrowska posted on her Instagram an artist’s depiction of her iconic appearance in the film where the color of her coat is changed from red to blue to represent Ukraine’s flag. The caption reads “She was always the symbol of hope. Let her be it again.”

The Polish actress released a new post on March 13, where she revealed how she helped a Ukrainian family flee the war by aiding them in their journey to a city near the border of Germany.

“I was there with my brave mother, this place behind my back is the reception point. There we found Ukrainian family (mother with 2 kids) who needed transport to very far city – near German border….

… What about this family? Well, usually we transport refugees in our area, but this time we couldn’t just say ‘no’. They were desperate to get to their sister. Those kids… my God, I can barely hold back my tears. I can’t tell you everything I saw there, because I don’t have rigth words in my mind… Nobody, who have never seen this, can’t imagine this nightmare in eyes of those people.”

Dabrowska posted a new update two days ago, asking her followers to help donate money to Ukrainians in need during this crisis. She also released details on how people overseas can also help raise funds.

Directed and produced by Steven Spielberg, Schindler’s List is a historical drama film based on the non-fiction novel Schindler’s Ark. It tells the brave tale of the German industrialist, Oscar Schindler, who saved thousands of Jewish refugees from becoming the victims of the Holocaust. Schindler’s List won seven awards during the 66th annual Academy Awards, most notably “Best Picture.” But perhaps the biggest honor the film has earned is seeing Dabrowska follow in the footsteps of its protagonist and saving multiple innocent lives.

Dabrowska will be releasing more updates about her efforts to aid the Ukrainian refugees in the coming days.