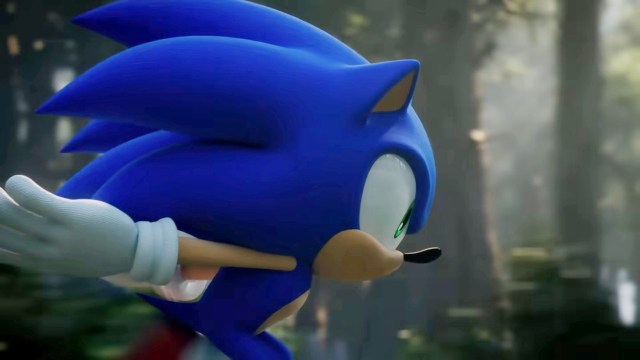 Sega is teasing a cute new side character one day ahead of a brand new Sonic Frontiers reveal coming to Gamescom.

“This lil Koco is here to remind you to tune into @gamescom tomorrow for a brand new Sonic Frontiers trailer!” the caption said.

Although initial previews for Sonic Frontiers failed to strike a chord for some, the game has looked increasingly more impressive with each new piece of footage that has come out.

For instance, last month’s Nintendo Direct Mini showcased the best-looking video yet from the game, which also served to help clarify how the gameplay and structure of the game work.

Sonic Frontiers boasts an “open zone” design — apparently via a series of islands — that contains within them “a special zone called Cyber Space,” which appears to resemble more traditionally-linear Sonic levels, according to the preview.

In terms of what we can expect by way of an announcement, some kind of update about a firm release date for Sonic Frontiers is one of the main focal points of speculation. Up until now, Sonic Frontiers has only been marketing as releasing sometime during the 2022 holiday season.

Though Christmastime seems like the most obvious release window, at least in the U.S., there’s some reason to believe Sonic Frontiers could arrive even sooner than that; November 15 was the release date spotted by Video Game Chronicle on a Taiwanese e-commerce website, We Got This Covered previously reported.

We’ll have to see what the new trailer and announcement could be when Sonic Frontiers is expected to make a splash at Tuesday’s Gamescom.