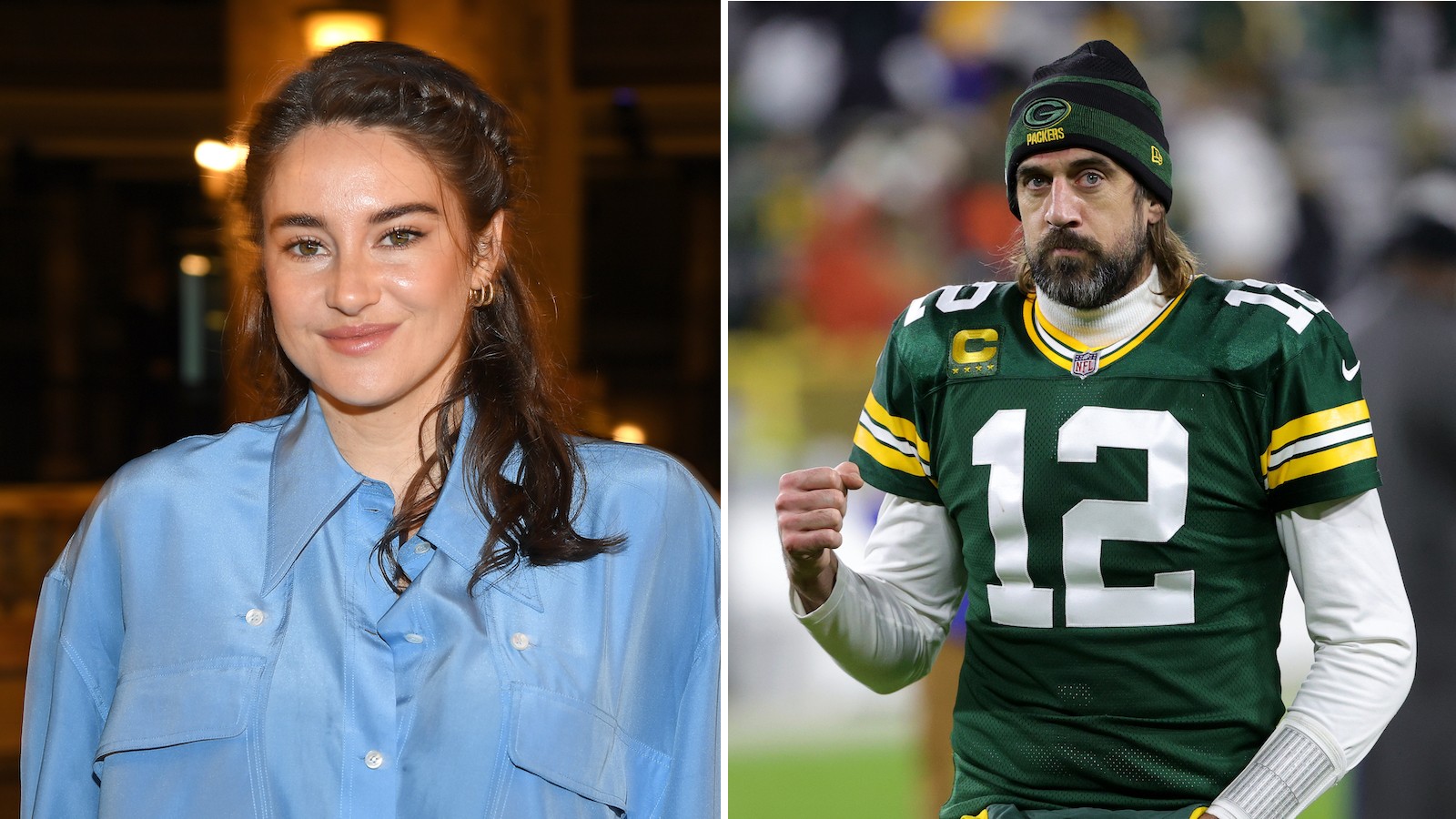 It’s over between Aaron Rodgers and Shailene Woodley, just over a year after the couple announced their engagement.

A source close to Rodgers confirmed to People that the 30-year-old actress and 38-year-old Green Bay Packers quarterback had broken off their engagement. Rodgers first announced that the pair were engaged when he thanked his “fiancée” in his NFL MVP acceptance speech early last February. Later that month, Woodley confirmed their plans to marry during an appearance on The Tonight Show, telling Jimmy Fallon at the time that she never thought she’d wed someone “who throws balls for a living.”

“It was an amicable split; it just wasn’t working,” the source told People. “They’re very different people with busy careers, and there were obstacles that they couldn’t surmount. They will remain friendly; there’s no bad blood and no drama. It just didn’t work out for them.”

Despite claims of there not being any drama, one would have to speculate that the recent controversy over the NFL player’s vaccination status — or lack thereof, to be more accurate — couldn’t have been easy on the relationship.

Just earlier this year, a source told People the pair oftentimes “agree to disagree” on subjects where they didn’t see eye to eye on. “They are not talking about their politics, and they never really have,” said the source. “They disagreed on a lot of things. Early on, they decided to agree to disagree about things and not debate them.”

But then again, their wacky pseudoscience philosophies are also what made them so damn perfect. Though it’s unclear whether Woodley is vaccinated, she has advocated in the past that women eat clay to remove heavy metals from the body and sun their vaginas for extra vitamin D.

Alas, it just wasn’t meant to be. Previously, Woodley dated Australian-Fijian rugby union player Ben Volavola for two years from 2018 to 2020, while Rodgers had been in long-term relationships with Olivia Munn and former NASCAR driver Danica Patrick.