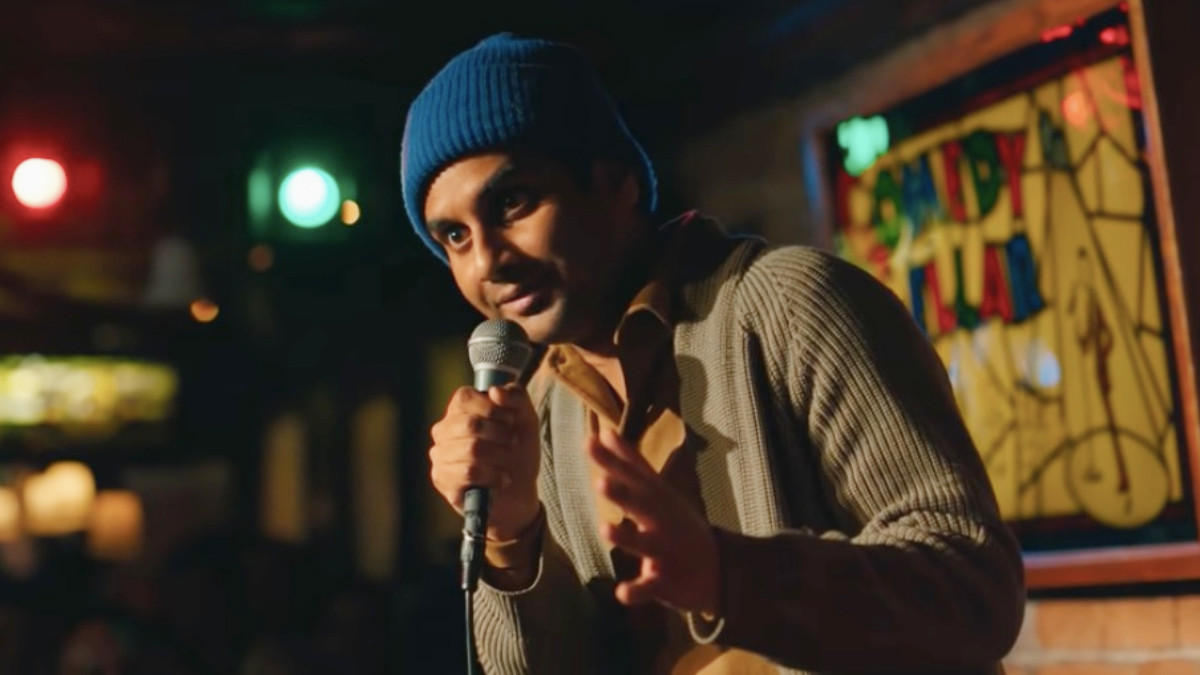 Aziz Ansari is back with a new Netflix special Nightclub Comedian, during which the 38-year-old comedian discussed the backlash against Green Bay Packers quarterback Aaron Rodgers, who admitted last year that he’s unvaccinated against COVID-19.

Rodgers first confirmed he was unvaccinated during an appearance on The Pat McAfee Show in November. Previously, he said that he had gotten some media blowback which he described as a “witch hunt,” after he told reporters that he was simply “immunized” when asked about his vaccination status back in August. As a result, Rodgers missed several games due to COVID-19 protocols.

“Who’s that guy, football player, Aaron Rodgers?” Ansari asked in the special. “What do you think about that guy?” “Fuck him!” the Master of None star exclaimed, repeating back an audience member.

“All right, calm down,” Ansari continued. “He’s a football player. He read some articles. He got skeptical. He did some research. Are you stunned he came to the wrong conclusion? Did you really think he was gonna crack the case? Did you think Fauci was gonna be out there like, ‘I just got off the phone with Aaron Rodgers?!'”

“This poor guy, it’s like we’re all in high school and we’re making fun of the quarterback for doing bad on the science test,” he continued. “‘You’re a dummy, Aaron, you’re a dummy, you don’t know anything, do you? You’re a dum-dum!’ This guy makes a living getting hit in the head, can we cut him a break?”

But while Ansari concedes that Rodgers did lie about being vaccinated, and came off as “a little arrogant” in some of his interviews, he says he still doesn’t consider him an idiot. Instead, he says that people like Rodgers and Nikki Minaj and their ilk are “trapped in a different algorithm.”

“You know what I mean by that? And if you’re calling them idiots, you’re trapped in another algorithm. I know everything you’re going to say about everything,” Ansari continued. “When you just say they’re taking horse medicine, it pushes them further away.” He added that maybe the key would be figuring out how to find some empathy so we can talk to one another again.

“Maybe click on some of the stuff they click on for a few days, see what’s going on,” Ansari joked, to laughter from the audience. “Don’t go too hard though. End of the week, you’ll be out there like, Fauci’s a pedophile!”

But speaking of Rodgers, the player commented on his team’s recent playoff defeat against the San Francisco 49ers in another interview on Tuesday, blaming the loss on people rooting against him over his vaccination status.

“There was a ton of people tuning in, rooting against us for one reason and one reason only — it’s because of my vaccination status,” Rodgers told host Pat McAfee. “Wanting to see us lose so they can pile on, enjoy and revel in the fact that my vaccination status was some sort of reason why we haven’t had success in the playoffs.”

Perhaps Ansari, who taped the special back in December, wasn’t too harsh with his jokes, after all.