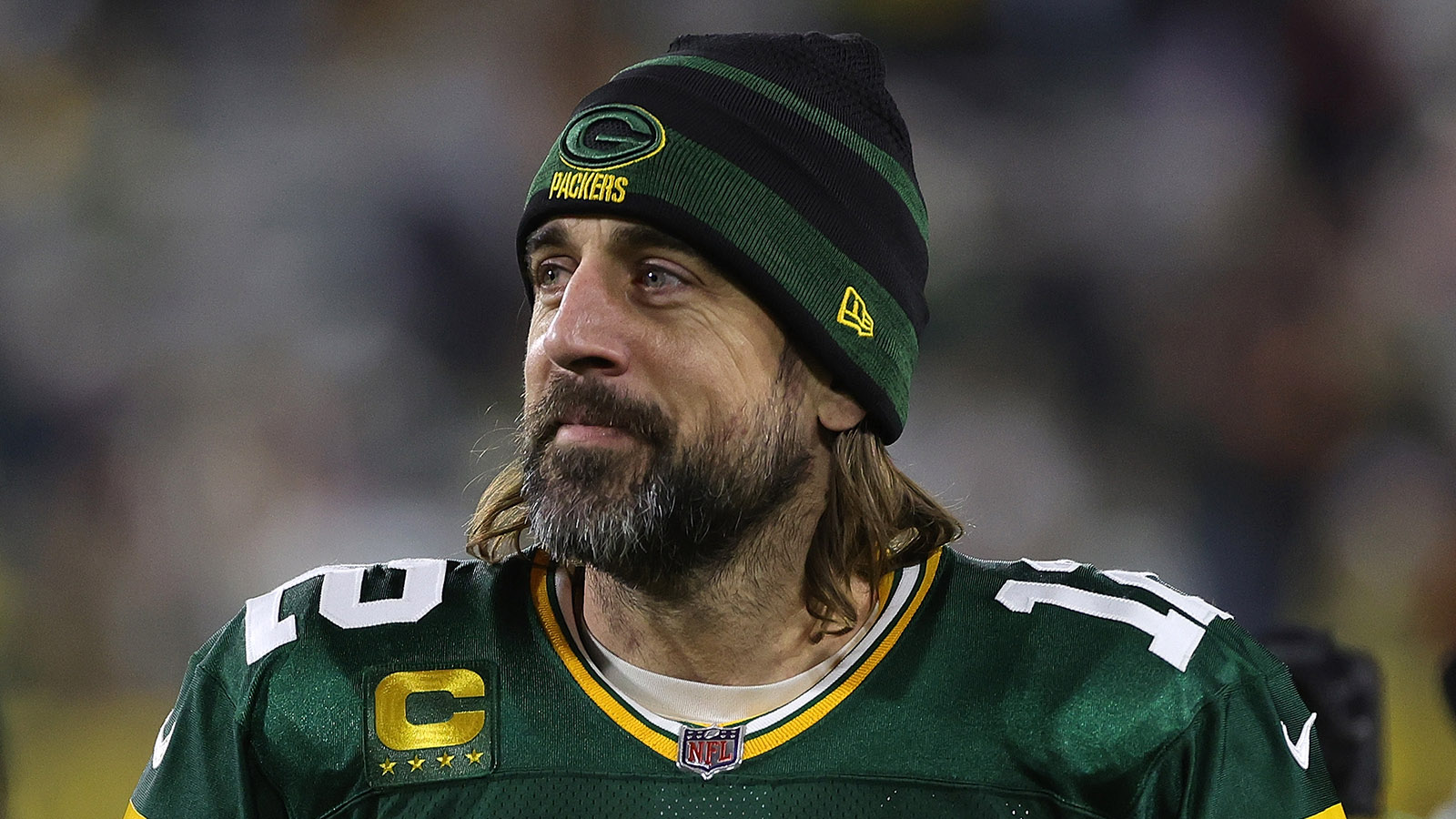 That’s a new revelation that stunned exactly no one, as Green Bay Packers quarterback Aaron Rodgers — former media darling and current “critical thinker” who got COVID-19 — gave a shout-out to objectivist philosopher Ayn Rand in a Monday interview.

The Green Bay Quarterback was in the middle of an interview on Peyton and Eli Manning’s ManningCast, with the hosts avoiding any direct mention of the elephant in the room that was COVID-19, according to USA Today‘s account. But then they brought attention to the full bookshelf behind the NFL star. That led him to point out his copy of her magnum opus, Atlas Shrugged, among the assortment of books behind him.

“What are you reading right now?” they inquired, to which Rodgers replied, “A lot of French poetry and I’ve got Atlas Shrugged by Ayn Rand over here.” Cue record scratch and Twitter meltdown.

The comment led Marcus Hayes to quip on Twitter, “Explains everything,” to capture the internet sentiment of that moment.

Rand, a social critic who is often held up by members of the hard right in the country, is a bit of an intellectual lightning rod, to say the least. Rand’s philosophy of Objectivism held, “The concept of man as a heroic being, with his own happiness as the moral purpose of his life, with productive achievement as his noblest activity, and reason as his only absolute.”

Others have described Objectivism as a belief that individuals should act “entirely in their own rational self-interest.” Some have also described it as a “total crock.”

If Rodgers is trying to win his way back into the hearts of fans who were disappointed in the quarterback’s lies concerning his vaccination status, someone should probably tell him that choosing the patron saint of selfishness as your current read may not be a very good “mea culpa”.

However, Twitter is Twitter, and many users are leaping to Rodgers’ defense while simultaneously snarling about the so-called “woke” crowd being triggered.

The aptly-named Jason Rantz added, “If only Aaron Rodgers had some Ibram X. Kendi book, woke Twitter wouldn’t pretend to be upset. As an added bonus, we wouldn’t have to read tweets by guys who haven’t even read the Wikipedia entry for Atlas Shrugged, let alone the book.”

Next time someone asks him about his reading list, perhaps Rodgers should save himself some trouble and mention his copy of What It Takes to Be #1 instead. Or maybe namedrop the Divergent series?