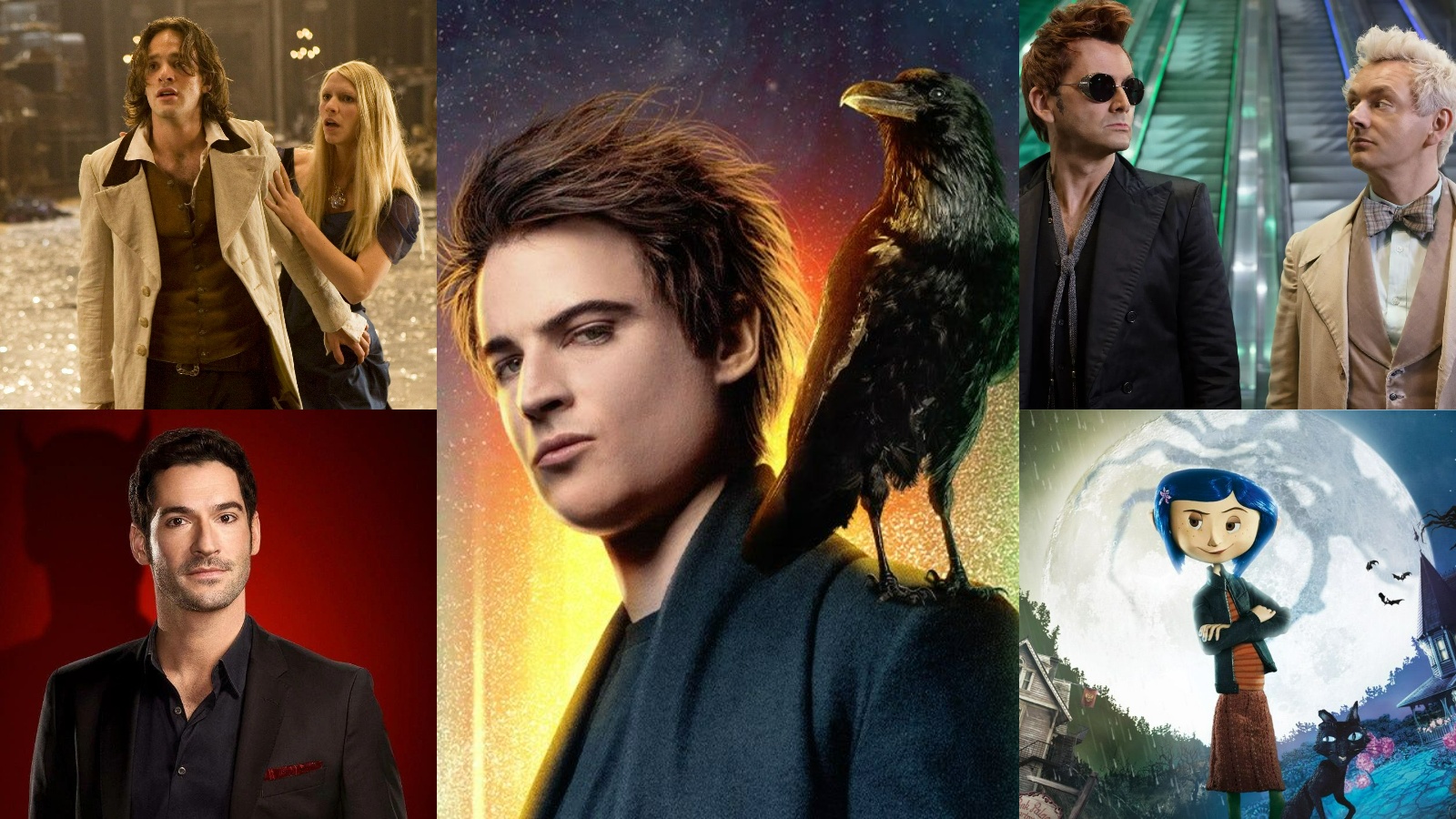 The Sandman finally debuted on Netflix last week, thereby bringing the illustrious career of its creator, Neil Gaiman, full circle. It was the release of The Sandman comics in 1989 that first made the British-born wordsmith someone to watch. It might have taken over 30 years for Lord Morpheus to awaken in live-action, however, but many other adaptations of Gaiman’s works have made it to the big and small screens in the meantime.

Starting as early as the 1990s, the movie and TV industries realized Gaiman’s writing was a rich well to draw from, so a bevy of the author’s novels, comics, and more have been brought to life over the years. Thanks to the high quality that Gaiman’s name guarantees, most of these have been satisfying adaptations. Although, inevitably, some of them were less successful, for various reasons.

There are more adaptations on the way as well, including Prime’s Anansi Boys, HBO Max’s Dead Boy Detectives, and Disney’s The Graveyard Book. Before those get here, let’s take a look at every Neil Gaiman adaptation released to date — some of which he’s been involved in, some of which he hasn’t—ranked from worst to best based on their IMDb ratings.

John Cameron Mitchell, the creator of acclaimed hit, Hedwig and the Angry Inch, doing a movie based on a Neil Gaiman short story seemed like a match made in heaven, but unfortunately How to Talk to Girls at Parties disappointed when it arrived in 2017. Nevertheless, the film is as quirky and imaginative as you would expect. Alex Sharp stars as a punk rock-loving teen living in 1970s London who happens to meet a rebellious alien (Elle Fanning) at a party. Nicole Kidman also features.

Alongside every other pie he has a finger in, Gaiman is also a successful short story writer. In 2016, Sky One and Shudder teamed up to create an anthology series based on his shorter works titled Neil Gaiman’s Likely Stories. Sadly, the show only lasted for four episodes and the tales utilized seem to have been selected based on how easy they would be to recreate on a limited small-screen budget. A nice touch, though, is how Gaiman appears in each episode, as a god-like voice heard on the radio.

Gaiman’s first foray into the TV world came way back in 1996 with Neverwhere. While fans may be familiar with his novel of the same name, the concept also spawned a TV series. Neverwhere is an adult urban fantasy about the magical world of London Below. Gaiman’s scriptwriting holds up, but the show itself is let down by dated production values. However, it does star a cast full of future familiar faces like Laura Fraser, Paterson Joseph, and Peter Capaldi.

Arguably the first mainstream Gaiman adaptation, 2007’s Stardust — from future Kingsman director Matthew Vaughn — sailed under the radar upon its release, but it’s since become a firm fan favorite. Comparable to The Princess Bride, this romantic fantasy adventure sees Tristan (a pre-Daredevil Charlie Cox) journey across the land of Stormhold with fallen star Yvaine (Claire Danes) as they face a sky pirate (Robert De Niro), an evil witch (Michelle Pfeiffer), and a power-hungry prince (Mark Strong).

Starz’s American Gods initially opened to considerable acclaim back in 2017, but various behind-the-scenes upheavals and problems — including the controversial firing of Orlando Jones — caused the positive buzz to dim somewhat over the years, until it was ultimately cancelled after three seasons in 2021. Still, there’s plenty to love about the show, which follows Shadow (Ricky Whittle) as he works for Mr. Wednesday (Ian McShane) and finds himself in the middle of a conflict between old and new gods.

The Nightmare Before Christmas director Henry Selick helmed this wonderfully creepy stop-motion animated adaptation of Gaiman’s best-selling children’s book, delivering one of the best horror movies for kids in the process. Dakota Fanning voices Coraline Jones, the eponymous brave young girl who must rescue her parents from the clutches of the Other Mother (Teri Hatcher), a spider-like being from another realm who wants to sew buttons into her eyes.

Before The Sandman got here, there was this 2019 animated short all about Dream’s big sister, Death. Available as an extra on the home release of Wonder Woman: Bloodlines, the 20-minute short details the life of Gotham City resident Vincent Omata (Leonardo Nam) in flashbacks, with the role of Death played by Sucker Punch star Jamie Chung. Although an original story, this short is notable for being the first screen adaptation of the Endless — but it wasn’t the last.

After the death of Good Omens co-author Sir Terry Pratchett, Gaiman decided to take the bull by the horns and spearhead the long-gestating TV series himself. With Gaiman as showrunner, the series is a perfect translation and update of the fantasy-comedy story, which follows unlikely friends Aziraphale the angel (Michael Sheen) and Crowley the demon (David Tennant) as they attempt to avert Armageddon. By popular demand, a second season is on its way to Amazon Prime.

In joint second place with Good Omens, according to IMDb users, we have Gaiman’s latest adaptation, The Sandman. After 30 years, there were high expectations for this Netflix series to live up to its seminal source material. Gaiman again served as co-showrunner, so naturally the first season is a close retelling of the first two comic book volumes. Starring Tom Sturridge as Dream of the Endless, the series is just as epic, dark, and grandiose as fans could have asked for.

Interestingly, perhaps the loosest adaptation of Gaiman’s work is the highest rated out of them all. While fans usually prefer close adaptations, they had to make an exception with Lucifer, which is one of the most popular Netflix series of all time. That’s for good reason as Tom Ellis’ Lucifer Morningstar is a devilishly charismatic lead, even if he is nothing like the version Gaiman wrote in the pages of The Sandman.