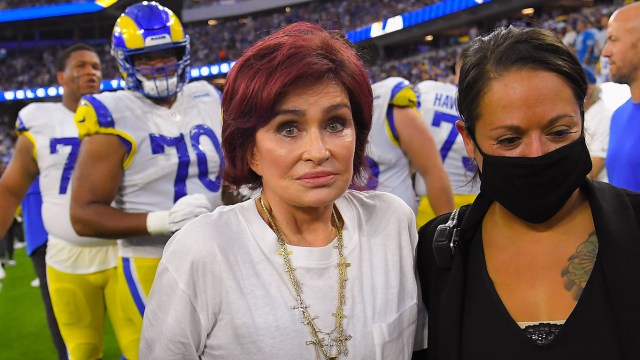 Anglo-American television personality Sharon Osbourne claims she experienced scapegoating from a network executive at CBS due to her criticism of Oprah Winfrey’s 2021 interview with Prince Harry and Meghan Markle.

Per PageSix, Osbourne says that CBS bosses were ecstatic over the astronomical ratings brought in by the Sussexes’ disclosures on the broadcast Oprah with Meghan and Harry. She alleges that when she blasted the blockbuster interview and voiced her support for Piers Morgan, a vocal critic of the Sussexes, she found herself in hot water with Amy Reisenback, the head of programming at CBS. She explains:

“They were initially pissed with me because I was saying the [Oprah interview] was shit. Just to people at the studio. I didn’t feel it was genuine. I had supported Piers’ freedom of speech because he’s a journalist.”

At the time, Osbourne was one of the hosts of The Talk and she says that showrunners Kristen Matthews and Heather Gray told her after the fact that the network saw her comments as a betrayal of its interests. The showrunners were allegedly instructed by Reisenback to arrange for Osbourne to be chastised by her colleagues on-air for her criticism of the Sussexes appearance on Oprah’s show.

Osbourne was confronted on-air by her colleagues Elaine Welteroth and Sheryl Underwood on March 10 and accused of racism. After the show aired, CBS took issue Osborne’s heated response and published a statement that her behavior was in conflict with the network’s “values for a respectful workplace.” She handed in her resignation and received a $10 million pay out.

CBS conducted an investigation into Osbourne’s allegations that her colleagues were encouraged to dress her down on national television and found no evidence of wrongdoing.

Osbourne has converted her pain into content for a documentary called Sharon Osbourne: To Hell and Back which will air on Fox Nation on September 26.