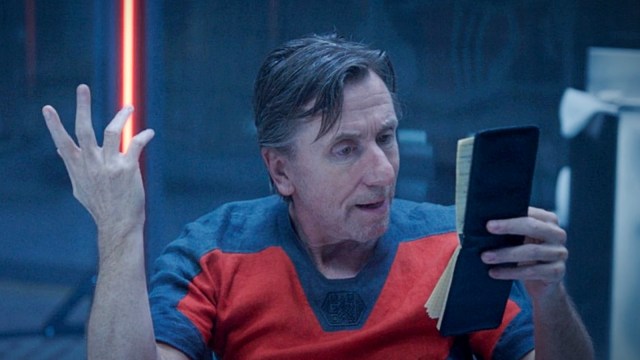 She-Hulk: Attorney at Law successfully turned a Marvel Cinematic Universe villain into a source of comic relief when it re-introduced Tim Roth’s Emil Blonsky, AKA Abomination, as the titular lawyer’s newest client. Now, the haikus that Emil penned while imprisoned have finally been set free thanks to the official She-Hulk Twitter account.

We first met Emil in 2008’s The Incredible Hulk, which was considered a somewhat underwhelming sophomore effort from the MCU following the success of Iron Man earlier that same year. It wouldn’t be until last year’s Shang Chi and the Legend of the Ten Rings that we would see the character again in a brief scene. But the second episode of She-Hulk that was released last week on Disney Plus, in which Tatiana Malsany’s Jennifer Walters, AKA She-Hulk, reluctantly takes Emil up as a client, has finally given even more screen time to the character in his human form.

Emil hilariously tries to read Jennifer the haikus he’s written while in prison, apparently as an attempt to show her how he’s reformed as a person since trying to kill Bruce Banner years ago. But Jennifer advises Emil that he should speak to the parole board from the heart instead, rather than from a contrived piece of poetry, whenever his hearing for possible release takes place.

The She-Hulk Twitter account teased on Monday that it would release some of Emil’s poetry should their post get 4,000 likes. True to their word, after the post got more than double the requisite amount of likes in a matter of a half-hour, they released Emil’s — let’s call it thought-provoking — poetry. In the first piece, we finally get to hear — with our tiny ears — the rest of the lines from the poem Emil attempted to recite to Jennifer before he was so rudely cut off,

“My tiny ears hear
the storm and stirrings of time
Pain caused and carried.”

Another piece offered an effective glimpse at Emil’s self-reflection.

“To the world I am
an abomination but
to me I’m Emil.”

Making good use of rhyme, another piece contemplates the subjective nature of rehabilitation while also evoking his supervillain moniker.

“Abomination
Or rehabilitation
Who are we to judge?”

Emil’s isolation is spotlighted in yet another fine assembly of bars.

“It’s lonely in here
though I don’t see it that way
I have my soulmates.”

Being free in one’s own mind — even in the face of state-sanctioned imprisonment — is the subject of another micro-poem.

“Glass walls surround me
Prisoner is what I am
Yet inside I’m free.”

Emil even offers a zen mindset as your antidote to rage in another piece.

“If inside you feel
a rage uncontrollable
just breathe. Namaste.”

Episode two of She-Hulk left us on a bit of a cliffhanger when it was revealed Emil broke out of prison after his meeting with Jennifer concluded. We’ll have to see if Jennifer can reign him in when She-Hulk episode three comes to Disney Plus on Thursday, September 1. In the meantime: namaste to us all.