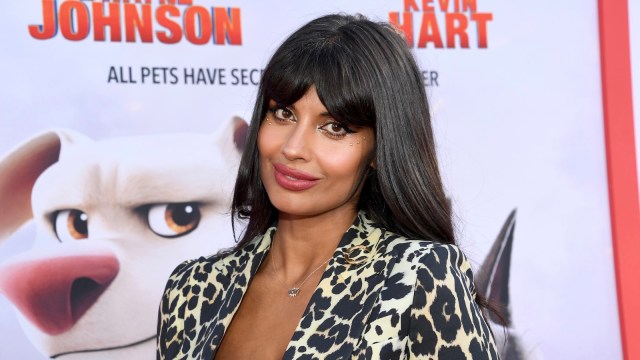 Don’t expect a 1980’s version of Titania, the longtime She-Hulk antagonist appearing in She-Hulk: Attorney at Law next month on Disney Plus. Titania portrayer Jameela Jamil says the character isn’t going to stick too closely to her original roots, even though she says the character will retain her core motivations.

Jamil recently spoke with Screen Rant about her role in the upcoming MCU-based comedy. When asked if her character would share an origin similar to that presented in the original Secret Wars Marvel Comics miniseries Jamil quickly put things straight.

“No, because we’re not telling the comic book version of Titania. Which I hope one day I get to do, because I also love that so much. Her backstory, I think, is one of the coolest in the whole of the MCU. But we’re telling a brand-new version of Titania, concocted in Jessica Gao’s brain. It’s very modern and fresh and silly and funny, but still with the throughline of Titania’s insecurity being at the core of all of her issues with She-Hulk.”

To be fair, it would be hard to get a comic book accurate origin story for Titania given the current timeline of the MCU. The character originally appeared in Secret Wars, a project that wasn’t even name-checked until last weekend’s San Diego Comic-Con and won’t appear on screen until 2025. In the comic book continuity, Titania, whose alter ego originally looked more like Steve Rogers prior to getting the Super Soldier formula, was altered to possess great strength by none other than Doctor Doom. As we aren’t expected to see Doom until we see his arch-nemeses The Fantastic Four appear in their own MCU movie at the end of Phase Six, the MCU version of Titania will have to find her superpowers elsewhere.

We’ll find out Titania’s new story when She-Hulk: Attorney at Law begins streaming on Disney Plus on August 17.