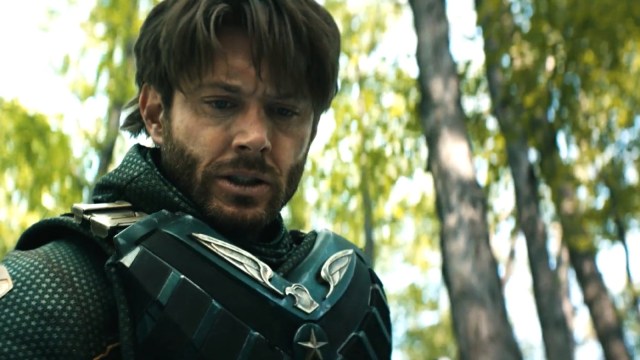 The Boys has some of the best action scenes of any live-action superhero work for a very simple reason. Eric Kripke and his team just aren’t keen on using green screens to simulate everything, which is why the behind-the-scenes clips that find their way online often showcase that the finished product closely mirrors the raw footage taken on set.

You obviously can’t utilize practical effects for Homelander’s heat vision or use strings to depict his supersonic flight, and the crew realizes those limits too. But when it comes to just superpowered fist fights or tossing people around, there’s simply no better way to go about it than actually destroying the set environment and choreographing the move-set.

Granted, there are even ways to simulate environment destruction in a seamless manner, but as much as we respect the progress made by the VFX technology in television over the past decade, viewers are ultimately able to discern if what they’re seeing was actually orchestrated on set or added via digital means.

To that end, Amazon has just shared another BTS clip from The Boys season 3 finale, showing Soldier Boy hurling Kimiko across the room and breaking several pieces of furniture, with the caption hilariously reading: “Not to worry, no Kimikos were harmed in the making of this scene.”

It’s also lowkey wholesome that almost everyone rushes to the actress or her stunt double when they yell cut, asking if she’s okay. Even despite all the safety measures that are undoubtedly in place, accidents of this nature aren’t exactly unheard of in our industry.

You can now stream all eight episodes of The Boys season 3 on Prime Video.