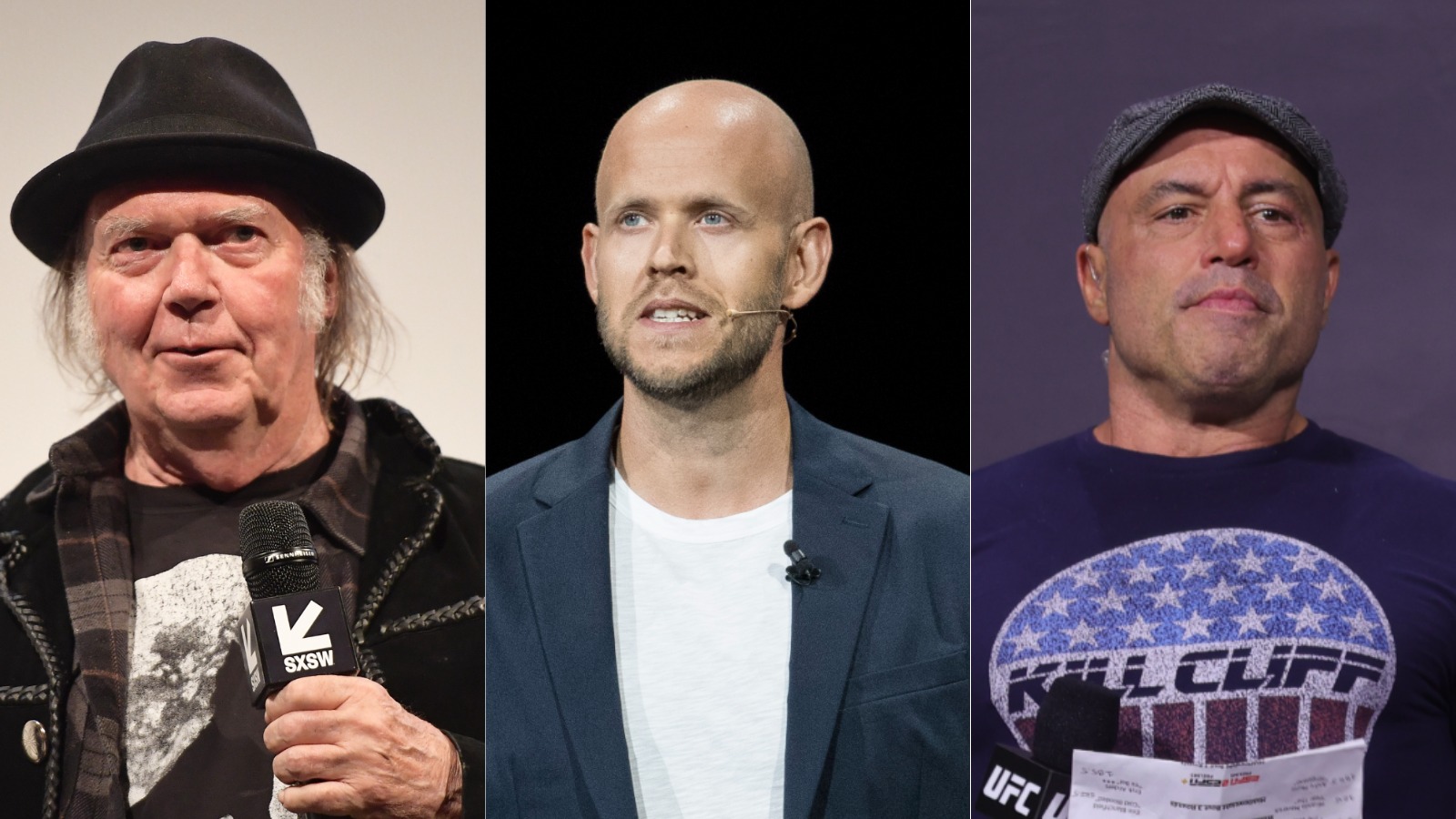 Earlier this month, Young revealed he intended to remove his music from the streaming giant in protest of Rogan’s repeated sharing of COVID-19 and vaccine falsehoods on his exclusive Spotify podcast, The Joe Rogan Experience.

Young made good on his promise shortly after, with fellow music legend Joni Mitchell saying she’ll be doing the same in solidarity.

Now, with the noise around the issue reaching a boiling point, Daniel Ek addressed the concerns in a new open letter, announcing some new practices in an effort to combat misinformation around the virus but stressed that Rogan’s episodes of concern would not be removed just yet.

“We know we have a critical role to play in supporting creator expression while balancing it with the safety of our users,” Ek wrote.

“In that role, it is important to me that we don’t take on the position of being content censor while also making sure that there are rules in place and consequences for those who violate them.”

However, Rogan might not be safe forever. Despite the $100 million deal the ex-Fear Factor host struck with Spotify, future episodes spouting falsehoods around the virus could be removed and potentially lead to Rogan’s profile being deleted completely in alignment with Spotify’s newly implemented ‘Platform Rules’.

The rules classify sharing COVID-19 misinformation as ‘dangerous’, which is described by the platform as content that promotes violence, incites hatred, harasses, or engages in any other behavior “that may place people at risk of serious physical harm or death.”

The policy states that “breaking the rules may result in the violative content being removed from Spotify
while “repeated or egregious violations may result in accounts being suspended and/or terminated.”

“These policies were developed by our internal team in concert with a number of outside experts and are updated regularly to reflect the changing safety landscape,” Ek wrote.

“These are rules of the road to guide all of our creators—from those we work with exclusively to those whose work is shared across multiple platforms.”

In addition, Ek revealed that a content advisory will be added to any podcast episode on the platform that discusses COVID-19 in any capacity, directing listeners to the platform’s COVID-19 hub that has a bunch of resources backed up by data, medical professionals, and other trusted sources.

We Got This Covered has reached out to Neil Young’s label, Warner Music, for comment on these newly implemented policies.