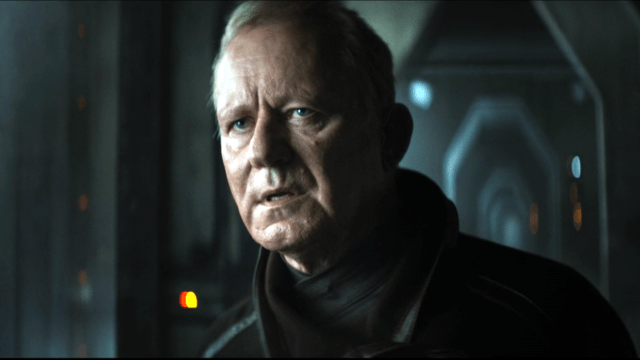 It’s been 45 years since A New Hope released into theaters and changed the world of cinema. Since then, Star Wars has gone on to dominate every conceivable form of entertainment media with a practically bottomless flood of content. Even after all of that, some diehard fans are already naming a scene in this week’s Andor as one of the all-time greatest moments in the history of the franchise.

Episode 10 – “One Way Out” – is a straight-up banger from start to finish, with fans already calling for Emmy recognition for Andy Serkis’ performance as Kino Loy. But, towards the end of the episode, even he’s upstaged by Stellan Skarsgård as Luthen.

In a twist, it’s revealed that one of the ISB lieutenants is a double agent working for the Rebels, though he’s crumbling under the pressure of his double life. Wanting a way out, he miserably asks Luthen what he’s sacrificed. Skarsgård delivers a truly epic monologue in reply, furiously saying “I burn my life to make a sunrise that I know I’ll never see!”

Fans, to put it mildly, blown away:

Can the show really top this?

We’re tempted to go back and watch it again:

We got chills too:

We just don’t see this quality of writing in Star Wars:

Maybe he’s even earned this title:

Luthen is now hands down one of the most interesting characters we’ve seen in Star Wars for years, and we desperately hope he sticks around for the second season. Right now he’s on a collision course with Cassian Andor, as he considers him a loose end to be erased after the Aldhani heist. We know that the title hero will go on to be at the core of the Rebellion, so fingers crossed the two reconcile quickly, and we get a whole bunch more incredible scenes like this.