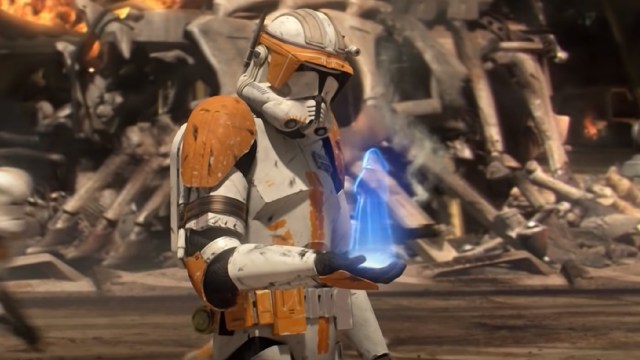 When Revenge of the Sith arrived in 2005, it introduced us to that most fateful event in Star Wars history – the execution of Order 66, which saw virtually every Jedi murdered at the hands of Palpatine’s Clone Troopers. Well, that’s what we thought at the time. Since then, we’ve had two animated series, a video game and more that have either added new characters into the mix or have retconned that pre-existing ones managed to survive the massacre.

With Star Wars: The Clone Wars reaching its series finale this Monday, May 4th – AKA Star Wars Day – now seems like the time to recap every single Jedi – and one former Sith – who survived Order 66. Let’s start with the characters that originated from the movies:

Next, here’s the pair of surviving Jedi who debuted in the animated shows:

And let’s not forget Naq Med, a former Jedi who left the Order to settle down and marry before The Great Purge. He was introduced in 2019’s YA novel Force Collector.

Finally, comic book Darth Vader: Dark Lord of the Sith revealed a list of the surviving Jedi that the Inquisitors are on the hunt for. This confirms that a handful of characters from the prequels and The Clone Wars made it out, as well as introducing a couple of new names into the mix.

And there you have it. To date, that’s every Jedi in the Star Wars canon who survived Order 66. And if you haven’t seen The Clone Wars finale yet and want to know how Ahsoka and Maul escape, be sure to catch it now on Disney Plus.