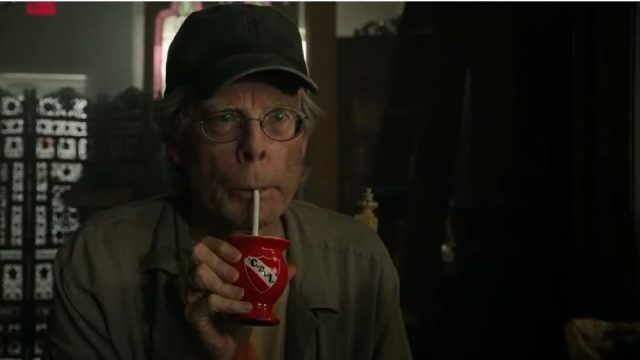 Recently (and because the circus never closes, apparently) former President Donald Trump was allowed to return to Twitter. His personal account has not been used as of this story’s filing, but, people are joking about the moment and Stephen King is one.

The 75-year-old master of horror tweeted the above earlier today. The sequence and commentary was not in a thread, so some might not have picked up on its connection, but for those who have, some say we should respect it as it did come down to a vote.

Another adds they are not so much interested in King’s commentary as they are his ability to tell a story. In their view, the writer should not be concerned, should pay the fee for verification he previously criticized and must work on making more fiction pieces.

While several of the comments are criticism of King, Trump or new Twitter owner Elon Musk, one is also rooted in the public square method Musk used before bringing the former president back to the platform. One user wants to know if the site’s owner should step back, and, because we live in wild times, there is already a defender in the replies criticizing the mere suggestion.

King’s website does not list any new books at this time. Instead, it advertises a new film for Salem’s Lot next year. This piece was initially written in 1975, revolves around vampires, and was adapted for television in parts twice in 1979 and 2004, respectively. The writer has also recently published Fairy Tale and was recently the target of a prank from a Russian individual with others, too.