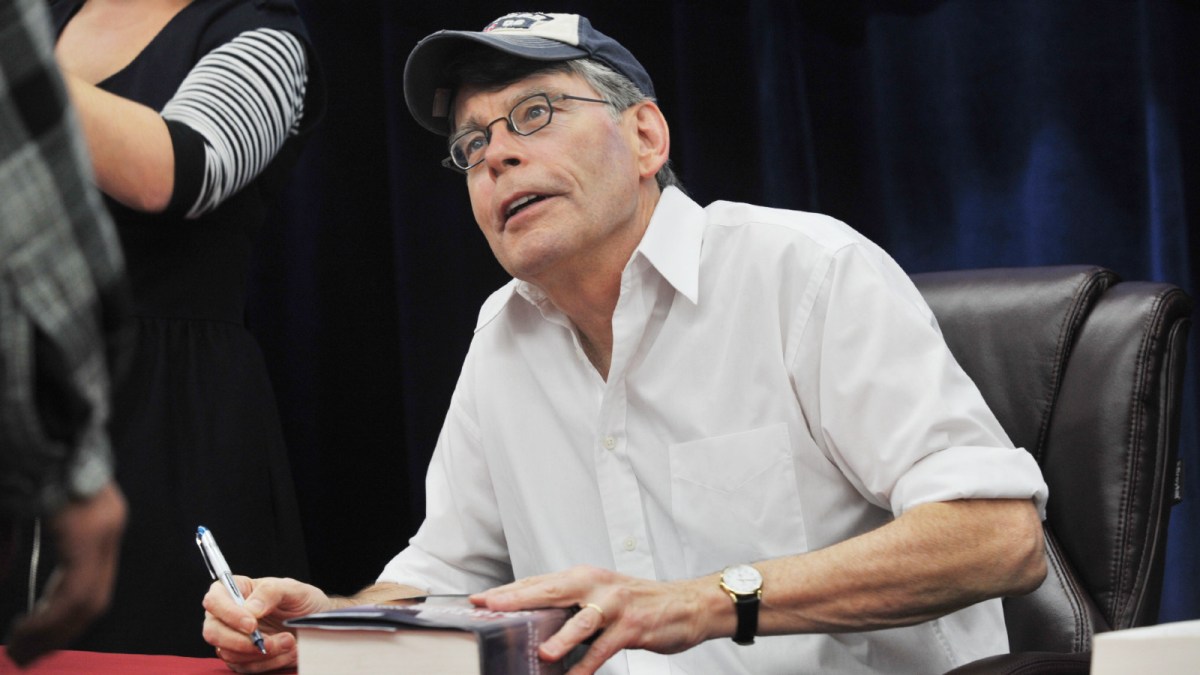 Stephen King fans would have probably never guessed that the author’s greatest opus between good and evil would take place on Twitter, of all places. But that’s exactly what seems to be happening after Elon Musk finally went through with his acquisition of Twitter, and quickly began making some highly debatable regime changes.

In addition to almost immediately handing out pink slips to executives and threatening to reinstate banned (for good reason) accounts, Musk’s most controversial decision yet may be announcing that he will soon start charging users to keep their verified blue checkmarks, which completely defeats the purpose of verified accounts.

But once word got out that Musk was planning to charge users $20 per month to keep their blue ticks, it didn’t take long before outrage began spreading. The 75-year-old horror novelist seemed particularly incensed, tweeting on Monday that they should pay him to stay on the platform and that he would be “gone like Enron” if they charged him for verification.

In response, Musk seemed to put his tail between his legs. “We need to pay the bills somehow!” he responded the following day. “Twitter cannot rely entirely on advertisers. How about $8?”

Though Musk never commented on the original leak about charging $20, after King’s tweet continued to go viral (without ever acknowledging the 51-year-old SpaceX founder’s response), Musk doubled down in a couple of follow-up tweets on Tuesday.

“Twitter’s current lords [and] peasants system for who has or doesn’t have a blue checkmark is bullsh*t,” he wrote Tuesday afternoon, with an apparent lack of understanding of how lords and peasants work. “Power to the people! Blue for $8/month.”

In yet another tweet, he reiterated that the cost would be $8 to appease the “complainers.”

As Musk continued to fumble on the very expensive platform that he now owns and evidently doesn’t understand how to monetize, people began championing Stephen King, of all people, for apparently being the one who got under the guy’s skin. After all, Elon Musk is a billionaire, and all it takes is a tweet from Stephen King to completely unravel his negotiation tactics? Like who is this guy even?!

By Wednesday morning, King was trending on Twitter as people championed him as being apparently the biggest hurdle in the takeover while clowning on Musk for his negotiation skills.

Even Jorts the Cat had some sass for Musk!

But let’s just hope Musk never decides to open a business school, as a few people pointed out:

Unfortunately, whether Musk decides to charge $20, $8, or $2 for users to keep their Twitter verification, the inherent flaw in his logic is that it isn’t the cost that people care about — as King himself also pointed out — but the absolute hubris to think that people would pay for the honor.

Perhaps most corporations and some celebrities will, but the majority of the platform simply doesn’t care enough to have a blue checkmark next to their name because a billionaire made a bad investment. But we hope Elon is having fun with his new toy!