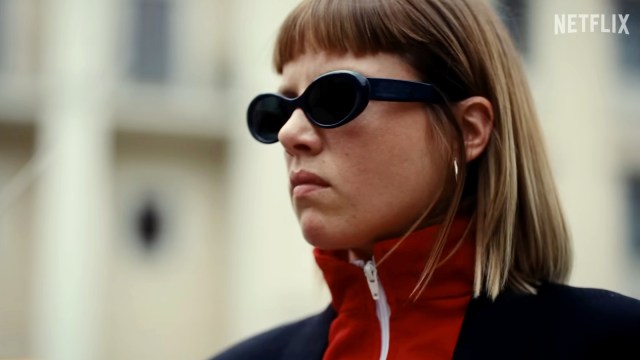 “What a breath of fresh air! Suspenseful and also very funny,” King wrote in a Twitter post on Friday. He continued the tweet with a pointed critique of one aspect of the show, while still giving it an overall recommendation to his followers.

“I wonder, though, where Kleo’s money came from. Flying off to Mallorca mustn’t have been cheap, even in 1989. Oh well–just enjoy.”

The German-language series Kleo premiered on Netflix just this past weekend, and combines action, drama, thrills — and yes, a healthy dose of dark comedy — following Jella Haase’s Kleo, a former agent who killed spies as her occupation until she is imprisoned. Following the fall of the Berlin Wall, she’s eventually set free and “embarks on a revenge spree against the people who conspired to betray her,” according to the synopsis on IMDb.

The trailer for Kleo certainly paints an over-the-top portrait of the series, featuring puffer-fish assassinations, transforming geopolitics, and plenty of explosions. The trailer even touts the series as a “true story,” with the caveat that “some of it actually happened.”

King is the author of a number of iconic books, such as Carrie, The Shining, and It, all of which have been transformed into multiple live-action adaptations on cinema and TV screens, among many other stories.

Check out all eight episodes of the first season of Kleo on Netflix now.