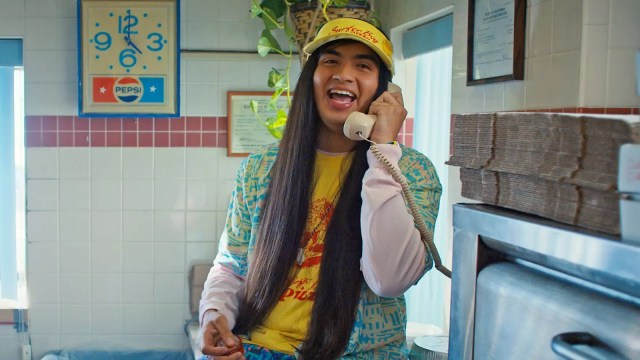 Never underestimate the power of Stranger Things to impact today’s conventions in the most astonishing ways.

The hit Netflix series that’s become a cultural phenomenon has extended its mighty influence to modern cuisine through Argyle, the good-natured pizza delivery boy portrayed by Eduardo Franco, and his promotion of the most controversial pizza topping in existence: pineapple.

Pineapple is often dreaded by pizza purists, who see it as a kind of edible sacrilege. Nevertheless, Redditor waitingforthesun92 confessed that Stranger Things 4 made her oddly curious and willing to give it a try.

They were warmly welcomed by heyemilyoh, a fellow pineapple pizza aficionado.

It didn’t take long for more pineapple pizza enthusiasts to come out of the woodwork. Feature-Awkward shared that pineapple pizza is actually called Pizza Hawaii, and it was seen as a perfectly normal dish during the latter half of the last century, until it became an object of derision on the internet.

Other Redditors got creative, adding even more toppings to add some heat to the sweet and sour pizza paradigm.

DownWithHisShip explained that pineapple got a bad rap due to faulty cooking practices, highlighting the importance of draining the fruit before placing it on the pizza, so that it doesn’t make the crust soggy.

TibetianMassive posted the origin story of pineapple pizza, explaining that it was invented by a Greek restaurateur (named Sam Panopoulos) in Canada during the 1960s.

Sadly, the inventor of the dish passed away in 2017, but as Redditors wax poetic about pineapple pizza toppings, it’s safe to say that Argyle just might be the new ambassador of Pizza Hawaii.