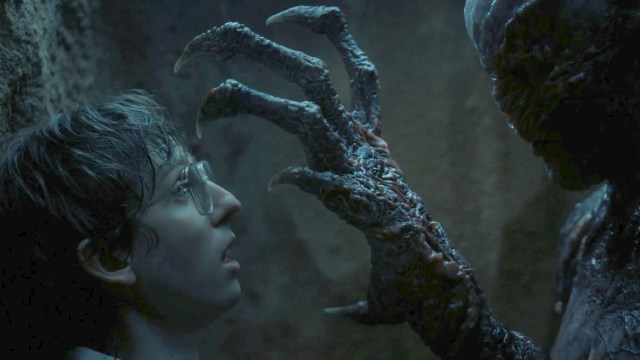 As early as “Chapter Two: Vecna’s Curse,” Fred Benson (Logan Riley Bruner), a junior reporter under the wing of Nancy Wheeler at the Hawkins Post, meets his fated demise at the hands of Vecna, whom tortures him relentlessly with vivid flashbacks from a fatal car wreckage.

In the latest chapter of Netflix’s famous science-fiction horror, Stranger Things, there’s four premeditated murders that occur as part of Vecna’s plan for world domination. Targeting troubled teens, Vecna initiates a murder tactic known as Vecna’s Curse — a term derived from the popular tabletop game Dungeons & Dragons — which inflicts headaches and nosebleeds, then progresses towards a development of psychosis that stems from reliving the victim’s most traumatic experience. After wearing them down, he executes his target using psychokinesis to make them levitate and snap their skeletons.

After Vecna claimed his first victim, Chrissy Cunningham, it was Fred and Nancy who took it upon themselves to investigate where Chrissy was last seen alive. Upon arrival, Fred and Nancy are stopped by Hawkins Police, at which point Vecna begins manipulating Fred’s mind; he hallucinates that the officer’s face becomes grotesque and disfigured, all while he aggressively chants that Fred is a murderer. When Nancy departs to interrogate Wayne Munson about Chrissy’s murder, Fred wanders off into the forest, where he envisions the wreckage of a car crash — which audiences assume him to be responsible for — and is taunted by undead mourners. While Fred panics, Vecna extracts his next victim.

Although he appears only briefly, Fred Bunson — in the grand scheme of things — is an important plot device for Vecna’s conniving plot to subjugate Hawkins, although not every Stranger Things fan feels the same. Over on Reddit, one Fred Benson sympathizer attempts to rally support for the long-deceased character, but to no avail, as fellow Stranger Things fanatics argue incessantly about how crucial Fred’s character really was — and why he was so forgettable.

Immediately, a convincing argument is made that Fred simply didn’t have enough screen time to be a worthwhile character. Stranger Things fans have argued that Grace Van Dien’s Chrissy Cunningham was more likeable, had more potential and made a long-lasting impression, which made her departure all the more distressing. Fred, on the other hand, barely evolved beyond the ‘survivor’s guilt’ trope that was mapped out for him from the beginning. One user, u/Tayto-Sandwich, notes that Fred had “very little to suck us in” as far as making his storyline engaging, and that description feels apt.

Similarly, Fred has been described as the “least impactful” of Vecna’s victims, which reiterates what we already know, but a helpful breakdown from u/MagmaMixer puts into perspective all of Vecna’s murders. Sorry, Fred, but you’re on your own.

Although Fred is the quintessential ’80s nerd with a somewhat relatable lifestyle, he undermines Nancy Wheeler’s authority and ridicules her relationship with Jonathan Byers, making him present as needy, overbearing and personifying the “pick me” mindset. It’s so obvious that he wants to date Nancy, so that desperation becomes really annoying. Countless fans have simply called him “creepy” — and we have to agree.

Despite all the backlash that Fred’s character has received, this is in no way a reflection on Logan Riley Bruner’s performance, which was believable enough to make himself so thoroughly irritating. We’re not saying that we don’t care about Fred’s death, but we’re not not saying that.