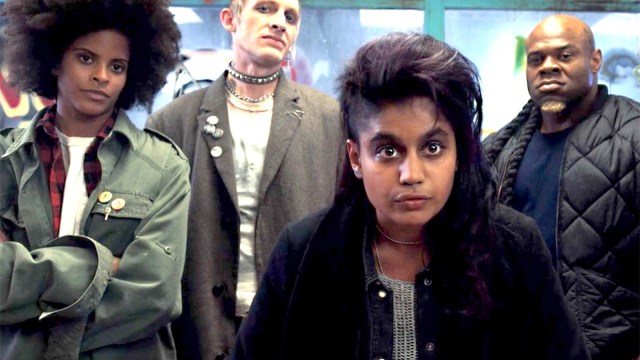 Known for its action-packed scenes and exceptional dialogue, Netflix’s sci-fi extravaganza Stranger Things is notorious for a multitude of feature-length episodes that left a long-lasting impression on the fanbase. However, a specific bad apple certainly attempted to spoil the proverbial bunch — and that’s the seventh episode of the second season, “The Lost Sister.” The episode reunites Jane “Eleven” Hopper with Kali Prasad aka 008 — another test subject from Hawkins Lab. And, despite the Duffer Brothers’ efforts to create a concrete backstory for Eleven, the enthusiasm for the episode from fans fell flat.

Over on r/StrangerThings, user u/PrestigiousTest6700 posted an image of Kali and her crew, and insisted that the storyline was the worst thing to happen in the fantasy mega-hit.

The conversation immediately got a plethora of Reddit users talking, with one user proclaiming that the encounter between Eleven and Kali was definitely the “strangest” thing to happen in the series.

Another user was disappointed that the episode didn’t “mean” enough to the overall plot.

On the other hand, plenty of commenters came to the defense of the season two episode, and passionately argued that the episode’s separation from the rest of the season was actually enjoyable in the long run.

With Stranger Things stans understandably split down the middle in regards to the episode, it still remains to be seen if Kali will ever make her re-emergence in the hit series. For now, the episode remains a common debate amongst the fanbase, although no other episode is as criticized as this one.