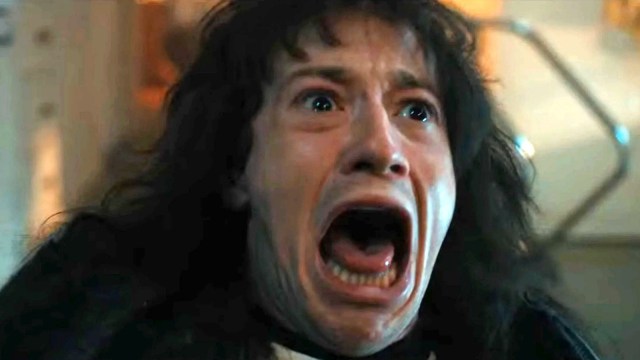 The Duffer Brothers have their work cut out for them in bringing Stranger Things to a close with its fifth season, as there’s a lot of pressure on the Netflix hit to stick the landing. Many a show has had its reputation irrevocably damaged because it suffered a bad last season (what’s the one I’m thinking of? Shame of Drones?). But let’s just for a moment imagine the Duffers are actually looking to make the worst possible ending to the series they can come up with? What would that look like?

If the EPs really were trying to tank all hopes for season five then the fans have got their back. Over on the r/StrangerThings subreddit, Redditor u/vakr001 encouraged folks to pitch “the cheesiest, most lame ending” for Stranger Things they could dream up. And, oh boy, did the people deliver…

U/_meliandrea shared: “Last shot is Hopper turning to face the camera, breaks the fourth wall with a mischievous wink, and removes his mask revealing himself to be the scientist who we thought died in the elevator in the very first scene of season one.”

Fans loved this corny ending so much they started adding even cheesier twists to it. Case in point, u/Termnlychill91 offered: “Hop’s last line is, ‘well, Stranger Things have happened…’ as the camera pans out.”

While u/GetGroovyWithMyGhost suggested, “Freeze frame with the Vincent Price laugh from the Thriller music video.”

Alternatively, u/Homersson_Unchained thinks the show should go with the most cliched of cheesy twist endings: “Ted Wheeler wakes up and the entire series was a dream that he was having.”

But if combine all of these ideas you get what could be the corniest conclusion in TV history. “A character makes an offhand remark about hoping they wake up tomorrow and it was all a dream,” goes u/GetGroovyWithMyGhost‘s concept. “Hopper says with a smile ‘Stranger things have happened’ and they all laugh cheerily.”

Fans definitely think the worst thing to do would be to end with a feeble reference to the title, especially if sounds like a line from Suicide Squad. “Mike turns to look at Eleven,” u/Da1976 wrote. “Mike: You know, we really are the stranger things.”

Or maybe everything should end with… *Huey Lewis starts singing* the Power of Love. “Will will die. Joyce, as miserable as she is, will hug Will for the last time,” shared u/mabangokilikili. “Her tears will then drop to Will’s cold cheek.. and out of nowhere his body will float and glow…. and then he will live. because of the power of Love.”

We really hope that Matt and Ross Duffer aren’t out there somewhere, reading this thread and scratching their chins going, “Hmm, that’s actually not a bad idea…”