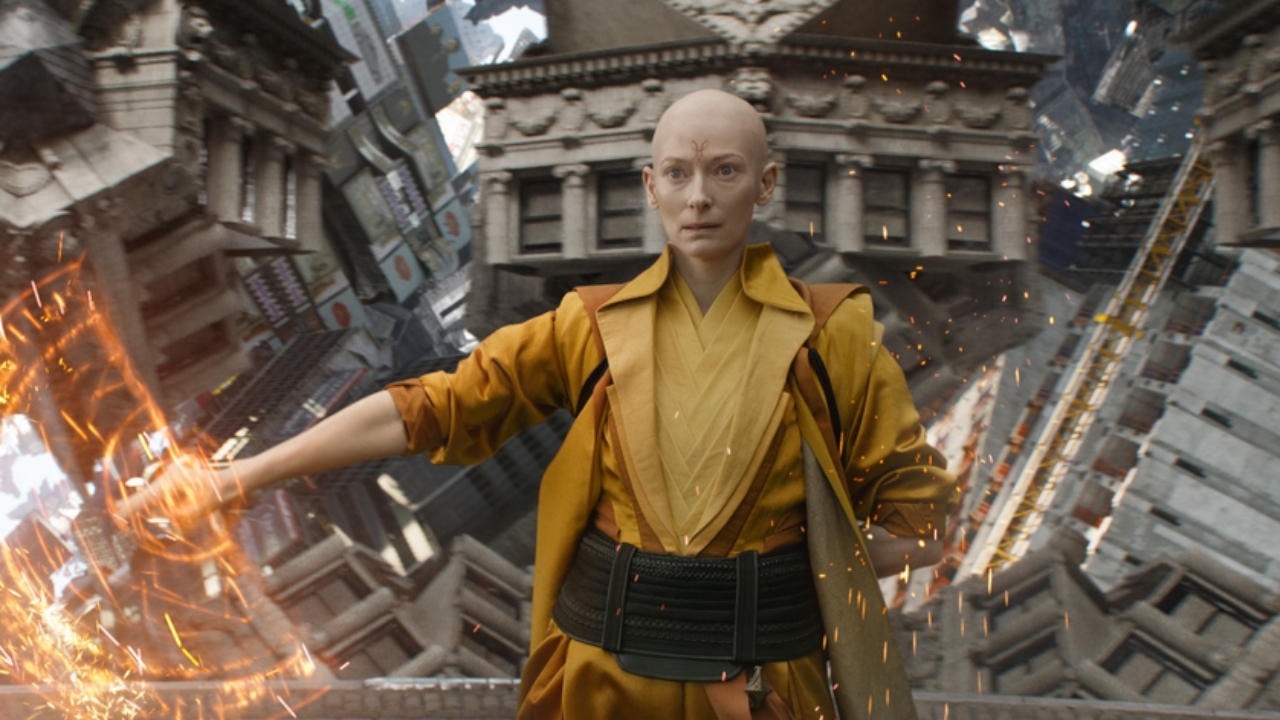 Yet another new promo for upcoming sequel Doctor Strange in the Multiverse of Madness has arrived, with a dead Marvel Cinematic Universe character making a return from beyond the grave once again, to narrate the fresh footage on display.

Having died at the end of the first installment, before returning for a cameo during the time heist in Avengers: Endgame to lay out some assistance and exposition to Mark Ruffalo’s Bruce Banner, Tilda Swinton is back once again to lay the foundations for Doctor Strange 2‘s descent into chaos.

While The Ancient One may appear in this new promo, it hasn’t been confirmed if we will see her in the final cut. The character was killed by Kaecillius in the final battle of Doctor Strange, and while her influence still remains, it’s up for debate as to whether or not a variant could end up getting some screentime.

In this new promo, we see plenty more of what MCU newcomer America Chavez is capable of, as she helps our heroes travel through the multiverse.

Doctor Strange in the Multiverse of Madness looks to be the darkest MCU movie to date. Yesterday, a classification for the film detailed many of its darker more violent moments in great detail, and it won’t be skimping on the jump scares, violence, or even gore.

This should come as great news for fans, many of whom were hoping that we’d see a scarier spin on the project once director Sam Raimi hopped on board.

Doctor Strange in the Multiverse of Madness will launch in theaters on May 6.