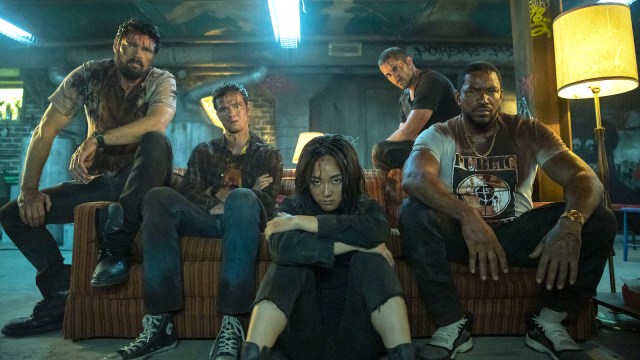 It wouldn’t be unreasonable to assume that almost every fan went into last night’s finale expecting The Boys to rack up quite the body count, but the character who got the short end of that doomful stick is one no one was really expecting.

At the climax of this demented and mania-inducing run of Amazon’s superhero series, Billy Butcher and Soldier Boy made their way to Vought Tower to confront Homelander one last time.

Before the promised fight, Homelander had a chance to catch up with Black Noir and talk about his old teammate, Soldier Boy. Learning that the dark-clad assassin and martial artist hid the truth of Homelander’s birth from him, the sinister villain runs Black Noir through with his bare hands, killing him almost on the spot.

Considering the fact that literally every other character besides Black Noir made it out of season three alive, a lot of fans are feeling empty and distraught, especially since the supe ninja was their favorite character out of the Seven ensemble.

Below are some of the reactions viewers have been sharing on social media.

Did the producers essentially throw away all of that character development for Noir just to have a surprise death?

More importantly, was Black Noir terrorized for years by Soldier Boy only to be killed by his son?

Of all the characters who could’ve met a dark fate, none are less deserving than Black Noir.

There’s also the possibility that the character has somehow survived thanks to Edgar, and that the writers plan to adapt his storyline from the comic series, wishful as that may sound.