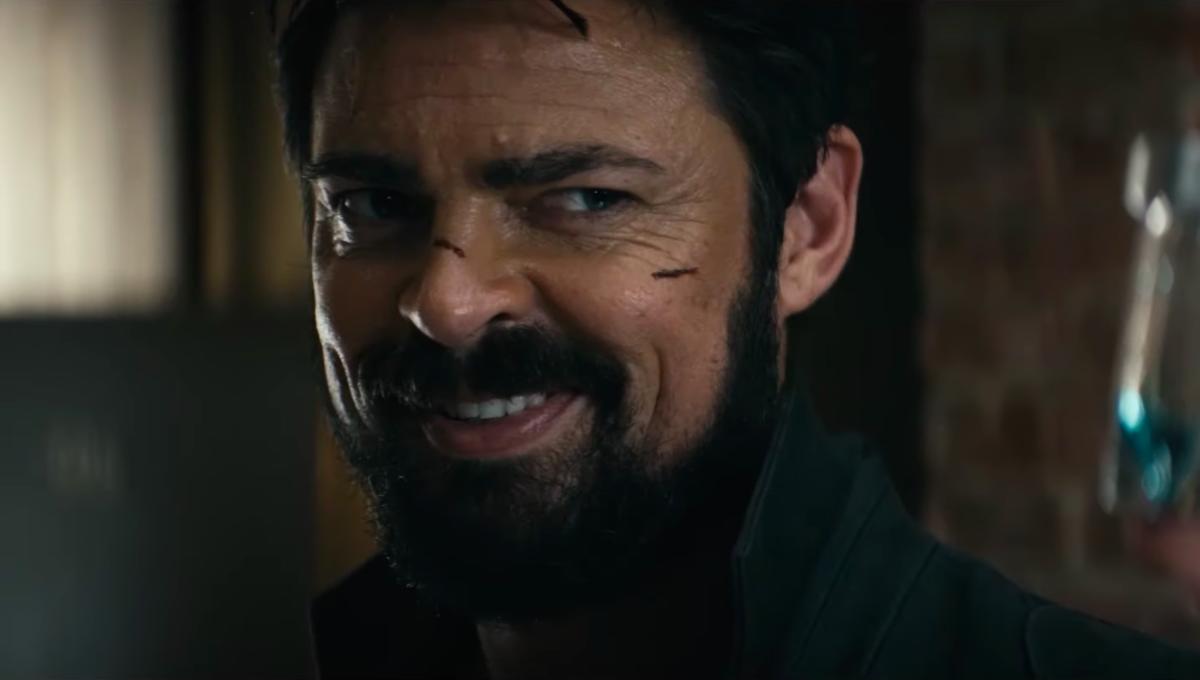 Image via Amazon Studios / The Boys

While the idea that Ant-Man should climb up Thanos’ butt and expand from the inside to explode the Mad Titan started out as a joke, the internet community quickly adopted it as a sure-fire way of defeating the seemingly invincible MCU villain. Marvel Studios refused to go down that path for obvious reasons, but Eric Kripke and his writers don’t exactly need to play by the rules when it comes to The Boys, which is precisely why they went ahead and made the infinitely memed idea a reality in the opening moments of the show’s third season.

There’s no way to beat around the bush when it comes to this particular scene, so we’ll just say it plain and simple. During Vought’s premiere event for Dawn of the Seven, one of their supes with the ability to shrink and enlarge himself crawls up his partner’s penile orifice and inadvertently expands in the urethra, exploding him into a million pieces and killing him on the spot.

Speaking on how the writers came up with that scene and why they implemented it in the show, executive producer Eric Kripke recently had a chat with Variety and broke down the thinking process behind what will arguably go down as one of the weirdest scenes in the history of television.

Craig Rosenberg wrote the script and deserves most of the blame for it. These evolve in a writers’ room and the evolution of that sequence started with, ‘We need The Boys to fight a superhero.’ So then we ask, ‘What big superhero haven’t we done yet?’ Someone says, ‘We haven’t done Ant-Man.’ And then someone else says, ‘There’s that meme of Ant-Man climbing up Thanos’ butt and blowing him up. So we should do that. We should give the audience the thing that Marvel can’t give to them.’ Then someone else raises their hand, hilariously, and says, ‘Didn’t we already do an ass explosion?’ Which we did, in season 1, with Translucent, which is hilarious.

And so, once you take butts off the table, there’s really only so many orifices you can go in. And it was Craig who mounted that argument. He’s like, ‘Look, the mouth isn’t funny and the butt has been done.’ So we’re going to blaze some new trail through the eye of the needle, as it were. And it was so funny.

Kripke was also kind enough to explain exactly what it was we were looking at during that scene.

Even though it was very much sweetened by the effects, that is a practical penis, he revealed. That is an 11-foot high, 20-foot long penis head that has a urethra, a tunnel in it and built at great expense. We got Sony and Amazon to pay so much money to build this set. And it’s just another reason why I love my job.

I guess that’s one way to expend your discretionary budget when building a highly popular series for Prime Video.

At any rate, The Boys season 3 will return next week on Friday with its fourth episode.