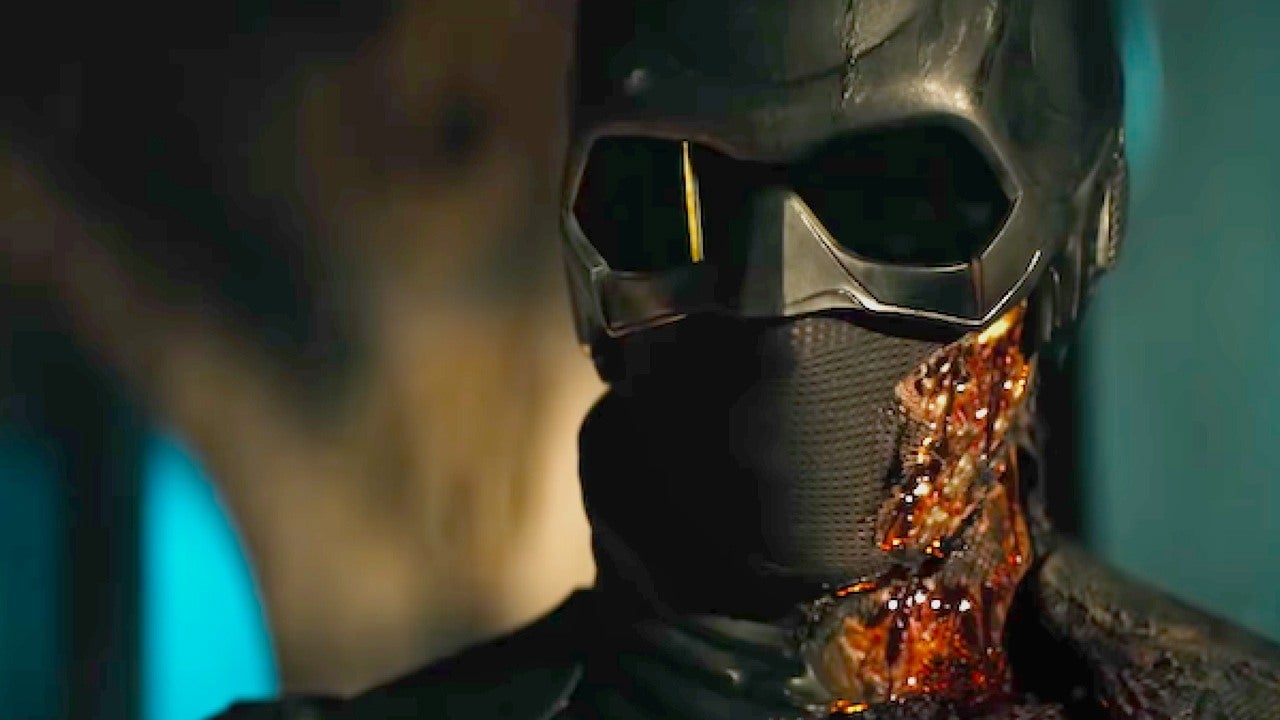 The only person who falls asleep watching The Boys is one of the boys!

Nathan Mitchell, who plays Black Noir in the gruesomely entertaining Amazon Prime Video series, has fallen asleep twice while filming the show. He described both incidents to Digital Spy, the first of which happened during season 2:

The second occurred during season 3. Although it’s possible that Mitchell was pretending to sleep in this instance, the curse in his response to Eric Kripke implies guilt:

Erin and Jessie are behind me, and I’m like… [does action that makes people laugh] And I’m like, ‘It didn’t happen. Nobody saw it. It’s OK.’

It’s infinitely easier to fall asleep playing Black Noir than any other character. He’s completely silent and covered in dense black threads from head to toe. If Mitchell falls asleep in a scene where his character is not expected to move, no one will notice. “That’s the beauty of that mask,” Mitchell wryly proclaimed.

Check out Black Narcolep—er, Noir in season 3 of The Boys, which is rolling out on Amazon Prime Video.