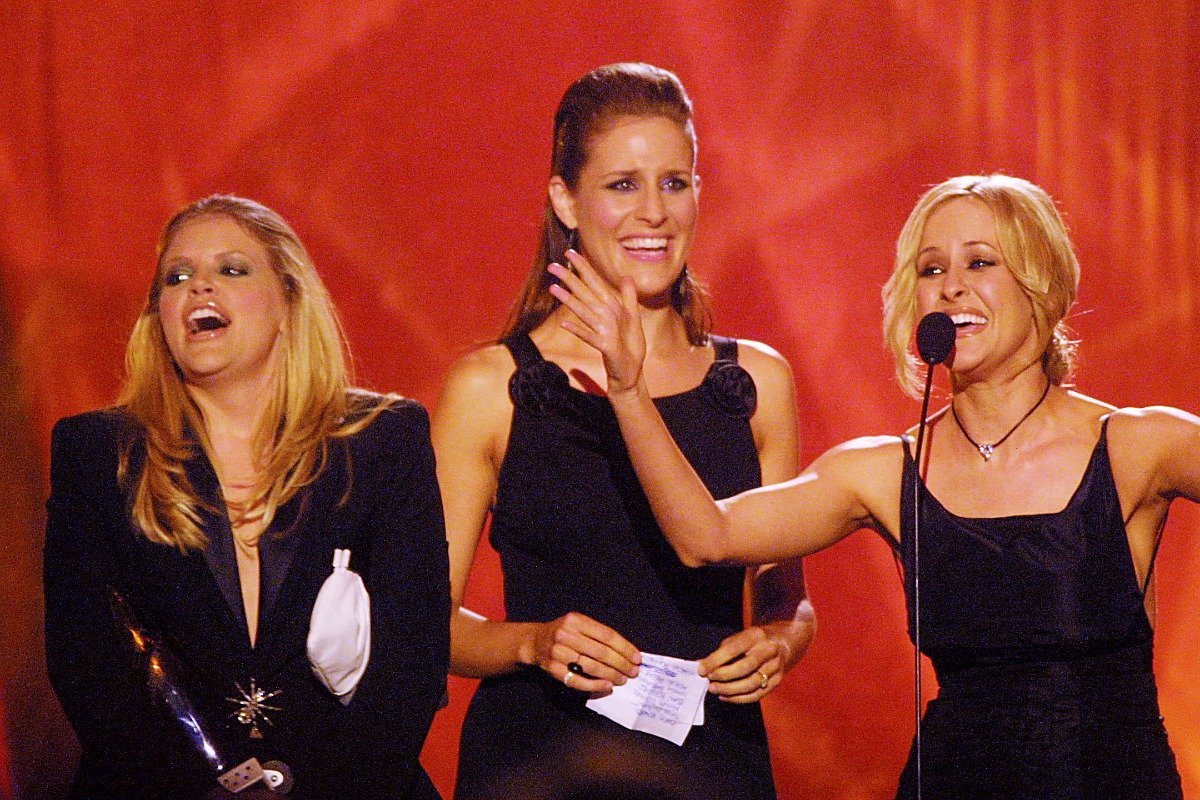 Pop superstars The Chicks are gearing up for a massive summer tour, and they recently appeared on The Kelly Clarkson Show to promote it but also to reveal something very personal: they bonded over divorce.

On the show, host Clarkson asked the trio, who used to go by the name The Dixie Chicks but got rid of Dixie because of its negative connotations, about advice on how to mine their personal lives for their art. Clarkson recently finalized her divorce from Brandon Blackstock.

Maines revealed that she intentionally wanted to be as personal as possible on the group’s latest album, Gaslighter.

“I definitely wanted to be very blatant and, like, literal with this one. But yeah, I was still … I wasn’t, like, beyond all the emotion like I am now. And then there’s the stress of, ‘Oh my gosh, now my kids are gonna hear this.’ And then, now my son is on tour with us, he’s in the band and I’m like, ‘This is kinda weird.’”

Fellow Chick Emily Strayer said ““There’s no way around it, when you write falsely, it doesn’t work. You have to be real … It’s weird, the more specific you are, the more it’s universal to other people.”

Clarkson shared that female support during her own breakup helped her a lot. This prompted third band member Martie Maguire to admit that she wasn’t in a hurry to talk about her own divorce publicly until lead singer Maines revealed she was splitting up as well.

“I was feeling like everybody was gonna judge me, ’cause I thought I was first, getting the divorce,” Maguire said, and Maines added that “So I was like, ‘Guys, I’m gettin’ a divorce,’ and Martie’s like, ‘I’m having a horrible marriage!’”

Maguire said having a friend that was close was “great because I felt … ’cause I didn’t know anybody close to me that was getting a divorce. So I was so happy for you. We were divorce buddies.”

Check out the whole exchange below.

The Chicks tour begins in St. Louis on June 14. Take a look at the dates below.