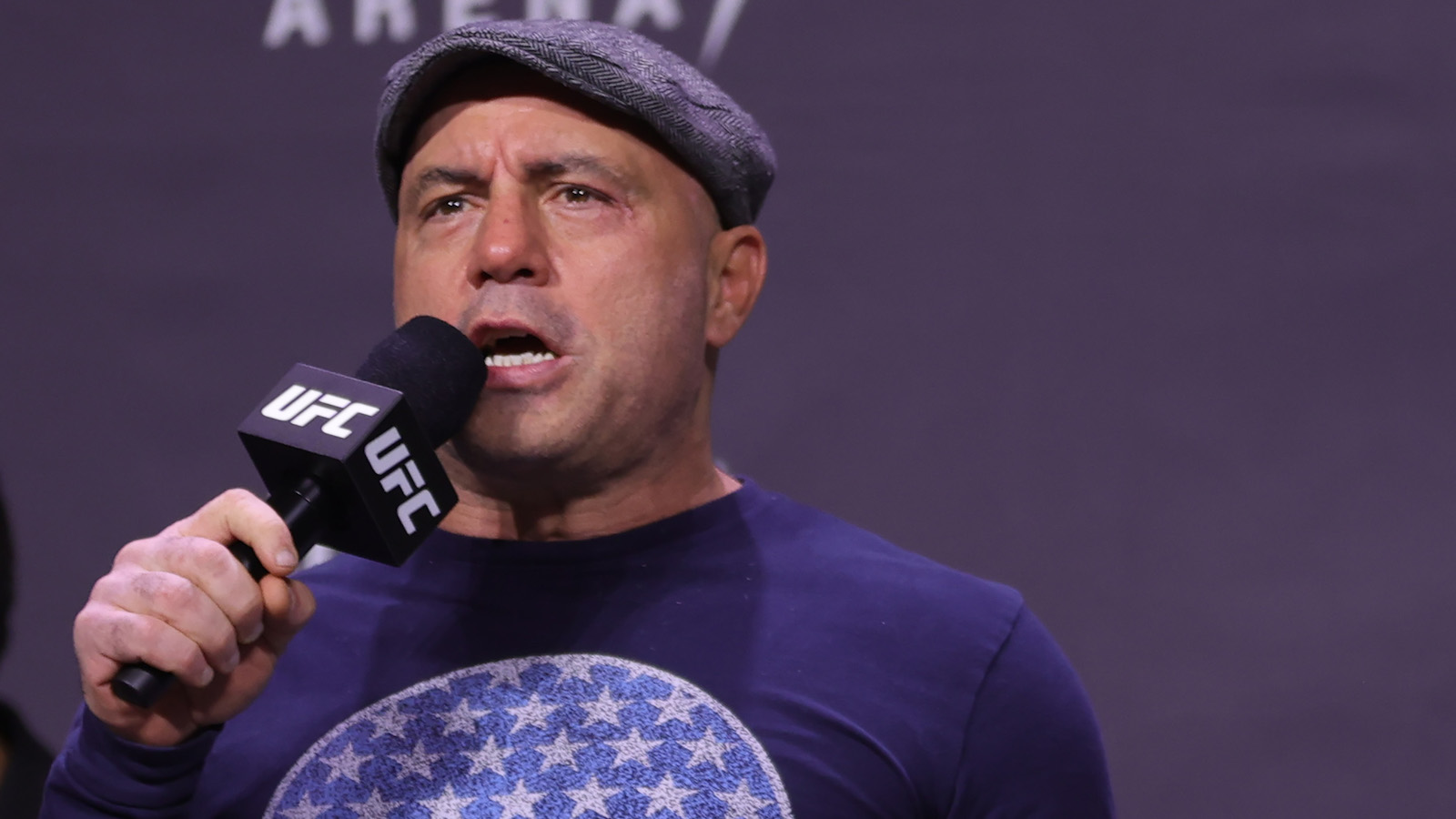 Last week Joe Rogan, host of the mega-popular podcast The Joe Rogan Experience (JRE), which estimates 11 million listeners per episode, found himself in yet another controversy surrounding coronavirus vaccine misinformation. Now, a growing number of musicians are removing their music from the Spotify platform in protest.

This isn’t the first time the comedian, UFC commentator, and former Fear Factor host has seen a wave of backlash due to controversial guests and statements made on his podcast. Let’s take a look at the entire saga between Joe Rogan and Spotify.

Back in 2020, Spotify struck a $100 million “multiyear exclusive licensing deal” with Rogan to stream his podcast exclusively on their platform and retain his 1,500 episode library. In an announcement to Facebook, Rogan clarified, “It will be the exact same show,” he said. “It’s just a licensing deal, so Spotify won’t have any creative control over the show.”

In Sept. 2020 when the Spotify exclusivity to JRE took effect, employees threatened to strike if they couldn’t get editorial oversight of Rogan’s podcast. This was in response to Spotify CEO Daniel Ek’s comments defending the decision to keep transphobic content on their platform.

“Joe Rogan and the episode in question have been reviewed extensively. The fact that we aren’t changing our position doesn’t mean we aren’t listening. It just means we made a different judgement call.”

In April 2021, when the COVID-19 vaccine started to become widely available to the general population, Rogan put in his two cents on whether young adults should get vaccinated. In a conversation with comedian Dave Smith, Rogan remarked, “For the most part it’s safe to get vaccinated, but if you’re like 21 years old, and you say to me, ‘Should I get vaccinated?’ I’ll go no.”

Spotify issued a statement in response to the backlash:

“Spotify prohibits content on the platform which promotes dangerous false, deceptive, or misleading content about COVID-19 that may cause offline harm and/or pose a direct threat to public health. When content that violates this standard is identifies it is removed from the platform.”

In Dec. 2021, the scientific and medical community wrote an open letter to Spotify signed by 270 doctors, physicians, and science educators urging the audio platform to “immediately establish a clear and public policy to moderate misinformation on its platform.”

The letter came after Dr. Robert Malone, who credits himself as the inventor of mRNA and DNA vaccines, made a controversial claim on a Dec. 31 episode of JRE as well as comparing our current situation to Nazi Germany. Dr. Malone said a “third of the population [is] basically being hypnotized” to believe the mainstream media and Anthony Fauci by something called “mass-formation psychosis.”

Neil Young, the iconic rock legend, posted a since-deleted letter to his management team and record label demanding to pull his music off of Spotify for spreading “fake information about vaccines” and “potentially causing death those who believe the disinformation.” He wrote, “I want you to let Spotify know immediately TODAY that I want all my music off their platform. They can have Rogan or Young. Not both”

Two days later, Spotify began removing Young’s music off of their platform, signaling their support to Rogan and JRE with a statement that they “regret” his decision and hopes “to welcome him back soon.”

On Young’s official website, he defended his decision to pull out of Spotify.

“I support free speech. I have never been in favor of censorship. Private companies have the right to choose what they profit from, just as I can choose not to have my music support a platform that disseminates harmful information. I am happy and proud to stand in solidarity with the front line health care workers who risk their lives every day to help others”

Musicians followed Young’s lead, including Mitchell. Both Canadian musicians suffered from Polio as children, which Rogan was never in danger of…for some reason. The disease left Young partially paralyzed on his left side and Mitchell with chronic health issues. In 1986, Young helped found The Bridge School, which helps children with severe physical impairments.

Spotify CEO Daniel Ek wrote in a news release their intention to be more transparent on what is allowed on their platform, including adding a content advisory about COVID-19. The new platform rules now include disallowing “content that promotes dangerous false or dangerous deceptive medical information that may cause offline harm or poses a direct threat to public health,” as well as “promoting or suggesting that vaccines approved by local health authorities are designed to cause death.”

This past Monday, Rogan released a nearly 10-minute video explanation in response to the current controversy. “I’m not trying to promote misinformation, I’m not trying to be controversial,” he said, “I do not know if they’re right. I’m not a doctor. I’m not a scientist. I’m just a person who sits down and talks to people and has conversations with them. Do I get things wrong? Absolutely. I get things wrong. But I try to correct them.”

Rogan pledged to balance his show with “more experts with different opinions right after I have the controversial ones.”

In the meantime, more musicians and podcasters are leaving the service and, like musician India Arie, who cited Rogan’s discussion of race and the paltry earnings musicians bring in as two more reasons to her pull music.

JRE has yet to release a new episode of JRE since Jan. 27th.