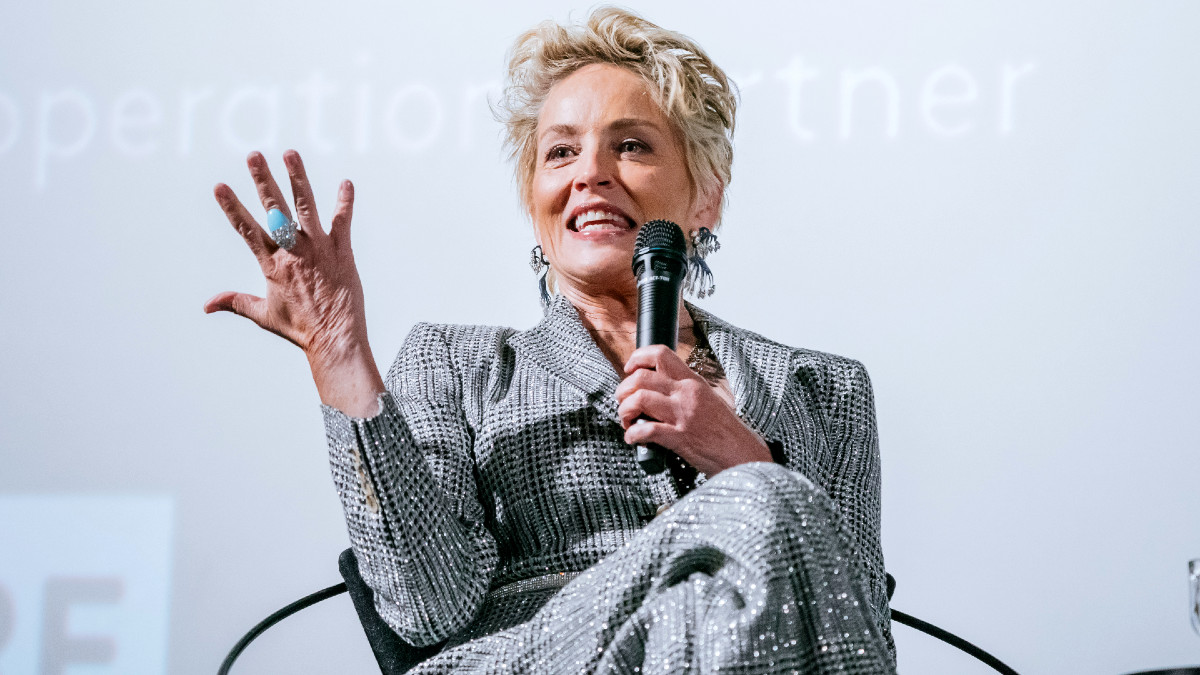 Sharon Stone did not mince words when it came to sharing her feelings about Joe Rogan, amid controversy that has many artists doing a mass exodus from Spotify for refusing to pull his wildly popular, yet wholly problematic podcast.

Though Rogan offered an apology, of sorts, on Sunday, and Spotify announced that it was likewise putting a disclaimer before episodes of The Joe Rogan Experience, many feel that it’s too little, too late.

TMZ’s cameras caught up with Stone on Tuesday, who had tweeted her support of Neil Young last week after the singer-songwriter pulled his music from the platform. When asked what she thought of the new policies, which includes having guests of opposite viewpoints balance out controversial guests, Stone did not hold back.

“You know, I’m an infectious disease worker who has won the Nobel Peace Summit award for my work in infectious disease,” Stone explained. “And I worked with Dr. Fauci for decades, and I just wanna say, COVID-19 is not an opinion-based situation. And Mr. Rogan thinking that his ‘opinion,’ or a disclaimer for the lives that he personally has affected and caused losses of, it’s not an opinion.”

When asked about all the celebrities who came out in support of Rogan after making his grand gesture — which included The Rock, Kevin James, Kat Von D, and the singer Jewel — Stone was likewise unimpressed.

“I think that people can say whatever they want. What I’m saying comes from my experience working in overcrowded laboratories with people who risk their lives to save people’s lives. My opinions come from standing in hospitals with children dying of AIDS while I explain to their parents how heartbroken I am that they’re going to lose their infant, or their child, or their teenager, or their sister, or their brother, or their mother, or their father. I’ve stood by the bedsides of dying people for the last 25 years. I don’t know how many of these people’s opinions come with fact-based experience.”

And Stone has every right to be angry. In addition to her extensive humanitarian work with HIV and AIDS, her “adopted grandmother,” activist Eileen Mitzman died after contracting COVID-19. Stone’s sister was also hospitalized during her own battle with the virus.