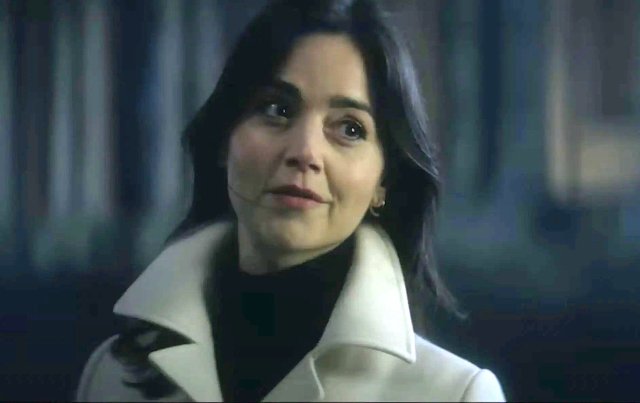 While most of us know her as Clara Oswald, companion to the 11th and 12th incarnations of the Doctor, Jenna Coleman is soon embarking on another acting venture through The Sandman that will have her portray the spitting antithesis of her jaunty character on Doctor Who.

Of course, learning that Coleman is picking up the mantle of Johanna Constantine — in modern times, no less — has managed to give quite a few Sandman veterans pause, as it is in direct contrast to what we saw from the 18th century ancestor of John Constantine in the comics. Neil Gaiman himself has claimed the decision was merely due to practical reasons, though the internet seems to also entertain the possibility that Johanna is here to add more diversity to the narrative.

In a recent interview with ScreenRant, Coleman has discussed how her character will be different from John Constantine and, perhaps more importantly, how they will be alike.

“[Showrunner] Allan Heinberg was very keen on [how] this is Johanna Constantine upgraded. This is now Johanna Constantine who is an exorcist to the royal family. She’s earning money, she’s doing well for herself. She’s at the top of her game. But in terms of essence, [she’s a] roguish, dry cynic, but really this kind of wounded lone warrior. The essence is very much there. We’re just meeting her at a different time.

With Coleman making her Sandman debut on Aug. 5 and Matt Smith spearheading House of the Dragon on Aug. 21, it looks as though the Doctor Who family is out in force. Though as far as the infamous Constantines are concerned, Coleman will be playing with cynical overtones that Clara couldn’t even conceive of on her worst day. And frankly, Smith’s Rogue Prince wouldn’t be far behind that description, either.