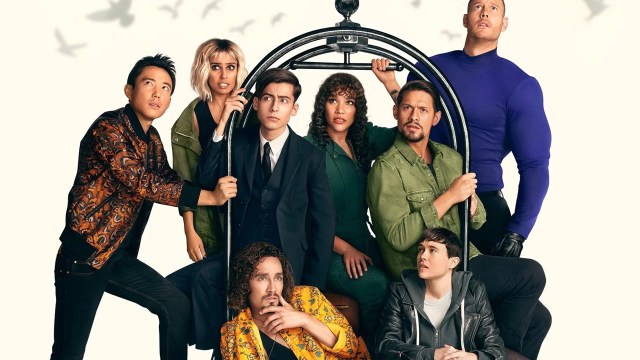 The Umbrella Academy is coming back for season four, but sadly it will be its last. The story follows the superpowered Hargreeves family who come back together in their adulthood after having been a team of young superheroes. Not only do they have to fight superhero threats, but they have to get past their own childhood trauma.

The news was confirmed by The Umbrella Academy‘s official Twitter account, and fans can rest easy knowing that the season three cliffhanger will be resolved. The Hargreeves found themselves in a different reality, and quite a lot has changed in this timeline as the mystery of their father Reginald Hargreeves’ ultimate plan hints at.

The series stars Tom Hopper, David Castañeda, Emmy Raver-Lampman, Robert Sheehan, Aidan Gallagher, Justin H. Min, and Elliot Page as the Hargreeves siblings along with Colm Feore and Ritu Arya. Based on the ending and the precedent established, it’s fair to assume that all of them will be coming back for the final season.

The Sparrows were fully revealed in season three, introducing the Umbrella Academy to a whole new squad in an alternate timeline. Because of Luther’s relationship to Sloane, the Sparrow with gravity manipulation powers, it’s likely she’ll return, but all the other Sparrows are up in the air.

Netflix’s decision to end the series after four seasons follows the pattern of many of its other shows, including The Chilling Adventures of Sabrina, Ozark, Glow, and On My Block, which all ended after season four.

The first three seasons of The Umbrella Academy are available to stream now on Netflix.