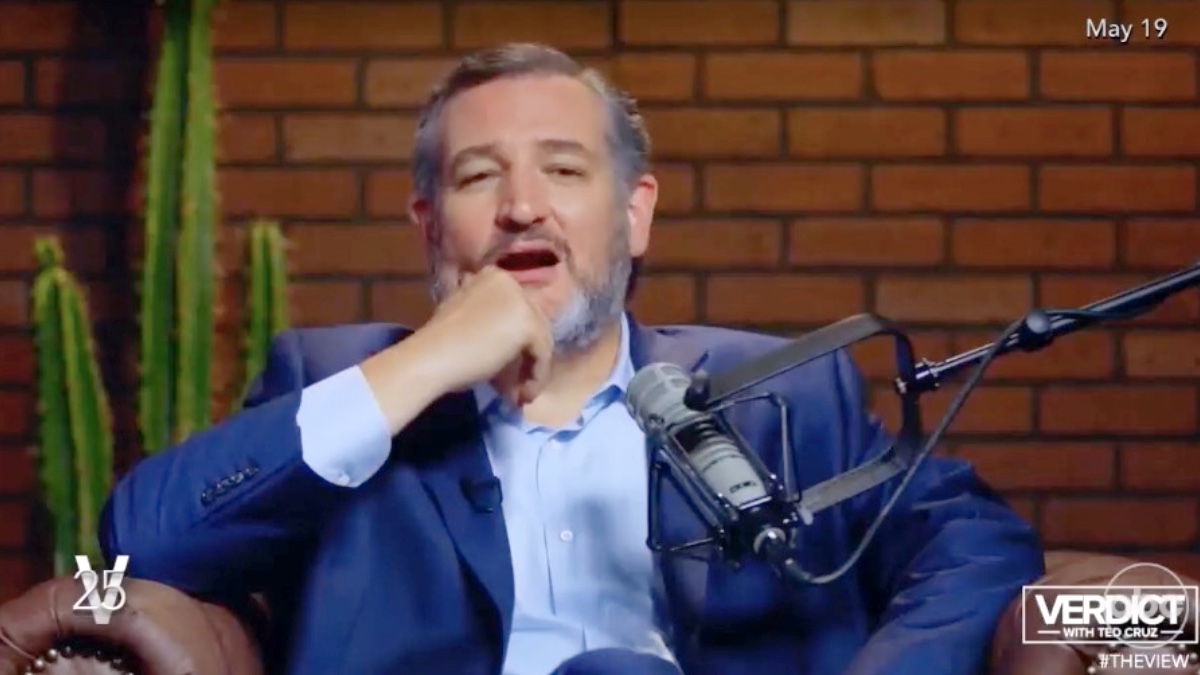 The ladies of The View absolutely destroyed Ted Cruz on Monday in light of remarks that surfaced from the Texas senator’s podcast over the weekend about the enduring sex appeal of Pete Davidson.

“How come that dude gets all of these like, hot women?” Cruz asked in a May 19 episode of Verdict with Ted Cruz, which his co-host Michael Knowles quickly chalked up to “toxic femininity” — because apparently toxic femininity refers to when women don’t want to have sex with you? (In which case, guilty on both counts!)

“This gives me the heebie jeebies. Can I just tell you, it is so creepy and so disgusting,” remarked Ana Navarro, speaking for all of us. “OK, so he might want to say, ‘How come that dude on SNL‘ — I want to know how come that dude is a U.S. senator and is doing a podcast and spends so much time trolling on Twitter?”

“I mean, does he think that he’s gonna lead by being a social media influencer?” she asked incredulously, echoing Goldberg’s remarks. “And I agree with you, how disrespectful can it be to his wife and his daughters.”

After some speculation about why Cruz even has a podcast to begin with, the panel began to educate Cruz on why women prefer Davidson.

“I don’t understand why he’s fantasizing about going to Cancun with Kate Beckinsale,” slammed Joy Behar. “Because he’s got these fantasies of her in leather and this S&M thing going on.”

“The reason that women like Pete Davidson, is because he is funny. He’s funny,” she continued. “Ted Cruz, you’re funny because people laugh at you. Pete Davidson, people are laughing with him.” Navarro likewise pointed out that unlike Cruz, Davidson is probably not a “hypocritical jerk.”

“By the way, Ted Cruz has long advocated for criminalizing abortion,” Behar added. “I don’t think that’s a turn-on to women, Teddy.” She’s not wrong!